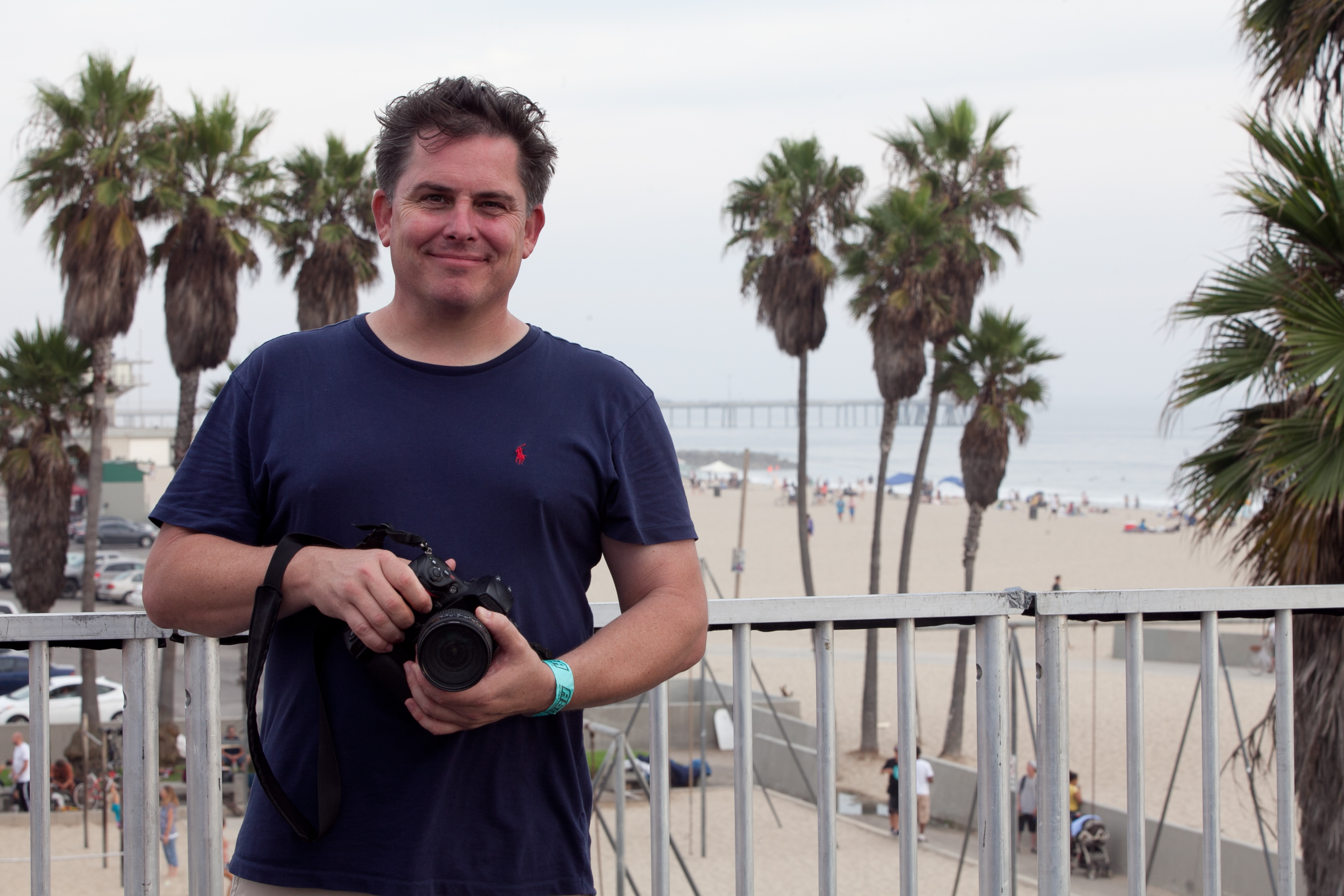 Had it not been for Bret’s wishes to “Keep it light!”, many of us would have been wrapped in the darkness of tears when we gathered together at Windward Beach for his memorial April 29, 2014.

He had insisted we gather together not to mourn, but to celebrate good times and memories.

As today, April 9, is the one-year anniversary of his passing, and a celebration of a milestone in the growth of one of his life works with the launch of Yo! Venice’s print version, we share a few memories of the man who became known to many in Venice simply as “Yo!”

Bret spent many of his formative years traveling to movie locations with the family, he attended schools in various states and countries, and developed friendships that bridged many wide cultural, economic, and social divides.

From the beginning, Bret’s life had a bit of a circus quality to it, but he loved the adventure and the ever-changing cast of characters.
One-day years ago at the one-room K-8 Pine Creek School in Paradise Valley, Montana, the children were put in lockdown. It wasn’t a bomb scare or campus shooter. It was spring and the fermenting apples in the orchard adjacent the school were a magnet for Yellowstone bears, who had gorged themselves and were now loitering outside the school, stone drunk.

One, you never want to mix it up with drunk bears. And two, friendships, loyalty, and shared memories are always to be valued. Lorca Hjortsberg, who shared her crayons with him in the school’s basement on that day in Montana, was here decades later to pay respects at the memorial in Venice.

Bret, a cellist in his early years, switched over to playing the electric bass in Middle School. After college, Bret worked on films, raced cars and bikes, rebuilt a few houses, traveled a lot, and played and recorded with several bands.

He usually opted out of the spotlight, choosing instead to anchor the music as few can with his driving bass lines. So many around Venice said they connected with Bret through his avid support of music, and wherever he is, he is surely smiling about that.

The birth of Yo! came about when Bret and his friend Keri were looking online for good restaurant suggestions, and in particular for Bret’s favorite, a club sandwich.

Finding a lack of quality information, they launched a community-centered site that encouraged reader participation. Keri later decided to move in order to continue her Veterinarian studies, leaving Bret as the Yo! ringleader. Clearly Bret’s somewhat minimalistic approach resonated with the community because the site grew quickly as a source of information and soundboard for discussing the rapid changes that were affecting Venice.

Bret strongly believed in the voices of the people being heard, and the circus-like quality of his youth probably prepared him for herding cats in the rich diversity of personalities and opinions that is a Venice community forum.

There were lots of contentious exchanges throughout the years, even a few drunken bears (or were those drunken trolls?). Strong loyal friendships were forged. There were cool bands, tragic stories, awesome art openings, beautiful photos, helicopter sightings, new businesses, business shutterings, charity events, school activities, art walks, historical preservation efforts, skate parks, great meals, seemingly intractable social problems, cold drinks, laughs, tears.
In short, everything life has to offer, Venice offers in spades, and Bret dove in and brought it to us. He tried to keep a degree of anonymity, to stay out of the spotlight, but throughout he was the anchor that kept it all together.

Mike Halle, an old friend from high school, observed that, when Bret visited for a few months in Telluride, Colorado, he became the “unofficial mayor”.

Venice of course doesn’t have a mayor, but sometimes walking Venetian streets or the canals with him, you got the sense Bret might be in the running if there were ever a race. You couldn’t walk a block without someone waving at him and needing to tell or ask about something, or Bret saying, “hold on a sec, I gotta stop in here to talk with these people”. He was a “super connector”, always connecting dots between people who might otherwise not have seen a connection. Occasionally he was insistent when people were hesitant, pushing them to reach out, “trust me, you gotta talk to this dude. Here, he’s on the line, talk to him”. Most often, he was right.

In the final months of his life, even as he lay on gurneys in pre-op for various procedures, or sat in a recliner in his oncologist’s clinic with a bag of chemo pumping into his vein, Bret was never without the laptop, working on posts for Yo!, messaging with people or calling friends to find out what was going on back in Venice. He was taking photos in the hospital during his last week alive. The day before he died he was joking around and high-fiving the nurses at Cedars-Sinai.

Fifteen minutes before he died, he had raised his doctors’ and family’s spirits with the remarkable recovery he seemed to have made. And then, when everyone had left the room, he quietly slipped off.

To this day, the facial recognition on his best friend Paul’s Xbox occasionally inexplicably sees Bret on the couch where he often sat during the last few years of his life, and it automatically logs him in. He may not be logging on to Yo! to post anymore, but he lives on through the vast and deep network of connections he created in this community and beyond, and today those connections continue to grow.