By 1925 the roads, water and sewage systems of Venice of America badly needed repair and expansion to keep up with its growing population. It was proposed that Venice be annexed to Los Angeles. While those for and against annexation were nearly evenly matched, a recent influx of LA residents, who moved to Venice to vote, turned the tide. Venice became part of Los Angeles in November 1925. 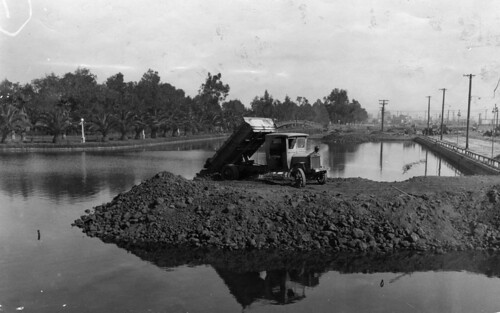 The first truckloads of dirt to fill in the canals arrived on November 15th, 1927. (Herald-Examiner/LAPL)

Los Angeles had annexed the Disneyland of its day, and proceeded to remake Venice in its own image. It was felt that the town needed more streets, not canals, and most of them were paved in 1929 after a three-year court battle led by canal residents. 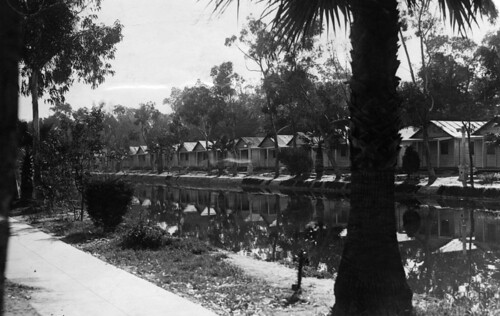 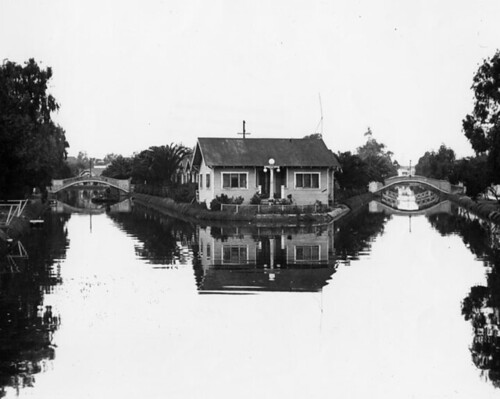 Thanks to WikiPedia and the LA Public Library for the info and pictures!