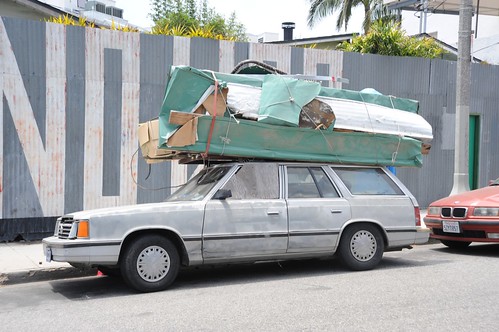 The council will bring together county departments serving children, families and veterans along with those specializing in everything from mental health and housing to criminal justice and social services.

Board chairman Zev Yaroslavsky, who proposed the council along with Supervisor Mark Ridley-Thomas, said its creation will allow the county to take its efforts against homelessness “to a whole new level.”

“Getting this kind of centralized communication among departments, not just within departments, gives us a real opportunity to do something special,” said Yaroslavsky, who will serve as chair of the new council, with Chief Executive Officer William T Fujioka acting as vice-chair.

Los Angeles County, already a focus of national attention because of the size and complexity of its homelessness problem, will use the new interdepartmental team to “scale up” successful programs that have been so far tried on relatively small scales, according to the motion by Yaroslavsky and Ridley-Thomas.

The motion was unanimously approved, along with amendments offered by Supervisor Don Knabe. Those amendments require an evaluation of the council at the two-year mark; mandate that the council develop its plan using existing resources; and instruct the CEO to inventory and review “outcomes, findings and best practices that resulted from the board’s investment of $100 million to prevent and end homelessness” since 2006.

That earlier push, called the Los Angeles County Homeless Prevention Initiative, has led to pilot projects such as Project 50, which has taken a “housing first” approach to assisting some of Skid Row’s most vulnerable chronically homeless people. Another program, called Access to Housing for Health, has moved frequently hospitalized homeless people into housing where health care services are available.

Although the 2011 Greater Los Angeles Homeless Count report estimates a 3% drop in the county’s homeless population since 2009, it nevertheless depicts a large and troubled population of 51,340, including growing numbers of veterans and the aging.

Against that backdrop, national homeless advocates said interdepartmental and interagency councils can offer important advantages in getting things done.

“Homelessness is a cross-cutting issue,” said Steve Berg of the National Alliance to End Homelessness. If agencies and departments aren’t working together, he said, “you don’t get the kind of results you should get.”

And because there’s rarely enough money to adequately meet all the needs of the homeless population, bringing together diverse service-providers can “create efficiencies while serving people better,” said Laura Green Zeilinger of the United States Interagency Council on Homelessness, a model for the new county council.

Such collaborations, she said, can also make it easier to pursue funding opportunities, set priorities and create a better dynamic for solving problems.

As the council begins its work, it’s clear that people far beyond L.A. County will be watching.

“I definitely think that what Los Angeles does can influence other counties,” said Nan Roman, president and CEO of the National Alliance to End Homelessness. “I think it’s very promising.”