At approximately 6:40 pm this evening, a “twenty something male black” fired an unknown amount of shots in the Whole Foods parking lot near the Thoma’s Burger exit. 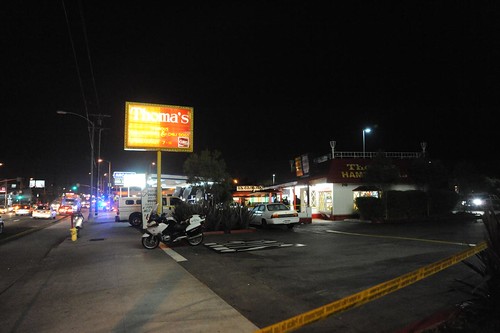 The suspect took off running across Rose but was apprehended “within minutes” near 7th and Sunset. As of 8:15 pm the LAPD is still looking for the gun using a K-9 unit in the area between Rose to Sunset and Lincoln to 7th. 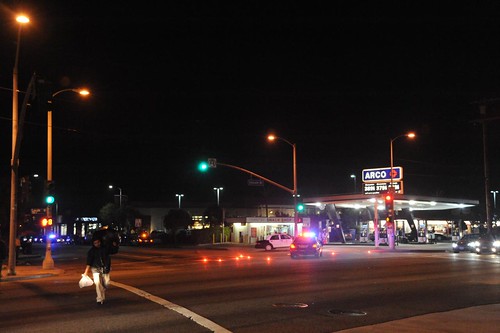 An LAPD officer said that there was “no known victim” and that they were not sure the shooter was actually shooting at someone else. Freshly broken glass at the scene indicated that the shot may have been fired at a car, but LAPD said they could not confirm that.

As always, the crime is under investigation so the LAPD is tight with details.

Update 4pm 1-11-12: A source at the LAPD says that the “suspect” who ran away and was detained was actually the intended target. He was speaking with a woman at Thoma’s burger when someone else in a car drove by and shot at him. The LAPD says the intended victim does have gang affiliation and that the shooting was likely the result of a “business transaction” gone wrong.