State of California Department of Justice Attorney General Kamala D. Harris announced today that a settlement has been reached with eight car washes spearheaded by Dipu Haque Sikder. The car washes, which included the Marina Car Wash on Lincoln, had been accused in October of 2010 of underpaying workers and violating labor laws.

Along with more than $1 million in restitution of unpaid wages and civil penalties, the car washes are required to pay $50,000 in employment taxes. 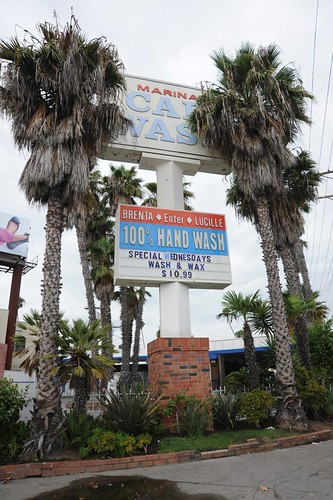 “Workers at these car washes were taken advantage of by unscrupulous employers who illegally denied them the pay and benefits they earned,” said Attorney General Harris. “I am pleased that the resolution of this case will allow workers to receive the pay they are owed.”

Investigators interviewed more than 80 workers and found the car washes routinely denied workers minimum wage and overtime, failed to pay wages owed to those who quit or were terminated, denied rest and meal breaks, and created false records of time worked.

The car washes required employees to report to work several hours in advance and be available, unpaid, until business picked up. When workers were paid, many received paychecks that could not be cashed because of insufficient company funds. Additionally, the car washes operated for years without licenses from the Labor Commissioner, which are required under California law.

The lawsuit was filed against eight car washes and Dipu Haque Sikder, who spearheaded the business. The suit alleged that the car washes violated California Business & Professions Code section 17200 and Labor Code sections 203 and 203.1, sought lost wages and civil penalties, and an injunction to prevent the defendants from committing similar violations in the future.

Sergio Diaz-Esquivel and Juvenal Diaz-Esquivel worked for the Wash & Go Hand Wash in Irvine during 2005 and 2006 and quit because of the poor working conditions. They worked seven days a week and were not paid for all the hours they worked, nor paid the overtime wages due to them. After they quit, Wash & Go Hand Wash continued to refuse to pay them, which forced the workers to go to the Labor Commissioner. In August 2007, they obtained judgments totaling $14,708.24, including penalties for the car wash’s willful failure to pay them their wages.

Along with more than $1 million in restitution of unpaid wages and civil penalties, the car washes are required to pay $50,000 in employment taxes.

A copy of the settlement can be read by clicking here.