At approximately 6pm this evening, a man was shot while standing in the alley near 7th and Rose. The shooter rode up to the victim on a bicycle and fired an unknown number of shots, one of which hit the victim in the chest. 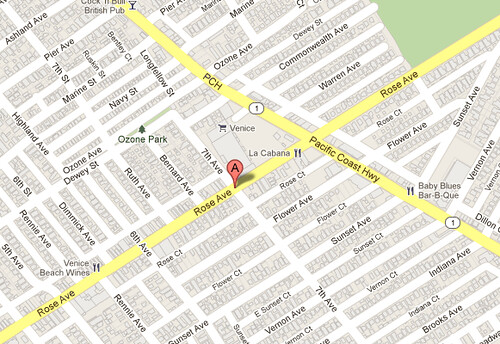 A source at the LAPD says that the suspect fled the scene, headed north towards Santa Monica. The shooter is believed to be a black or Hispanic male. The LAPD did not have a description of the suspect to give out at this time, as the investigation is ongoing.

As of 8pm the LAPD source said that the victim was believed to be “conscious and breathing”.