Crash on Abbot Kinney between Crestmore and Angelus at 3pm. Two cars parked. Looks like white VW was only car with a driver. She’s still laying across front 2 seats. LAFD on scene in under 5 min. 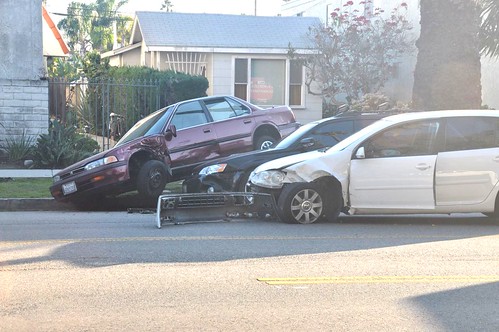 Picture by Mary B! 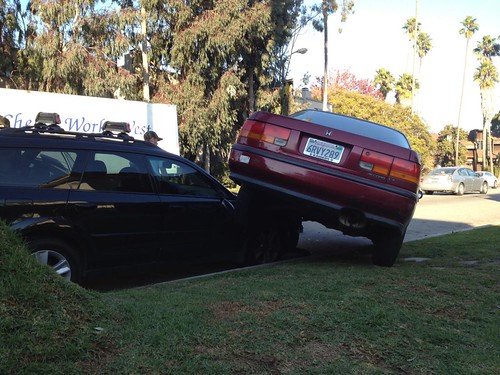 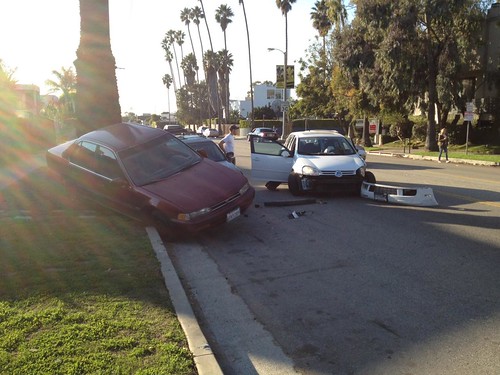 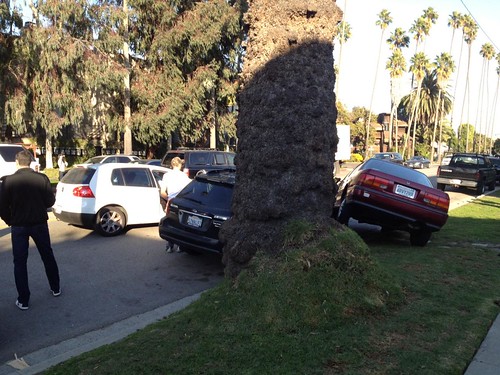 She had to be going pretty fast in the opposite direction (from the way her car is facing in the pic) and then crossed the right, center and oncoming lane into the parked maroon Honda, then spinning a 180 after impact.

This is just a block or two west of the crosswalk with the crossing guard for school kids… At this time of day, could have been a lot worse.

Fire truck blocks eastbound and center lanes and puts cones up. Down to Westbound traffic moving only. Stopped eastbound side gets antsy and like four cars are just laying on their horns over and over again. All of them within site of the firetruck and paramedics and this horrific crash. Fu*@ng impatient people ugh.

Update from Jessie R:
(Driver) Was somewhat responsive when paramedics arrived. Impact landed her onto passenger seat. Glad no one else was hurt.