This morning just before dawn I was walking the dog near Speedway and Ketch and happened upon two guys who had THREE bikes…..I confronted them and they mumbled something about having to fix their bike blah blah blah. I said you have 3 bikes and 2 guys, are you stealing bikes? This time they just dropped one of the bikes and took off. 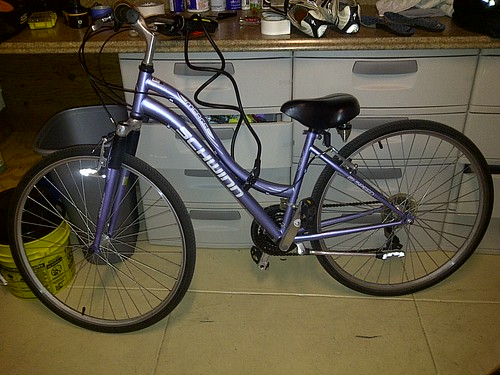 The bike I think they stole was a black BMX kids bike, I think the brand was Macintosh or something with an M. Not a common brand. The bike they dropped is the attached blue girls Schwinn hybrid 21 speed.

I called the police immediately and gave them a description of the guys I confronted. Hopefully they are out looking for them. I’m sure the cops will come to the house and pick this bike up at some point .. but maybe it belongs to a YoVenice reader? If this is your bike or you know who it belongs to, click here!