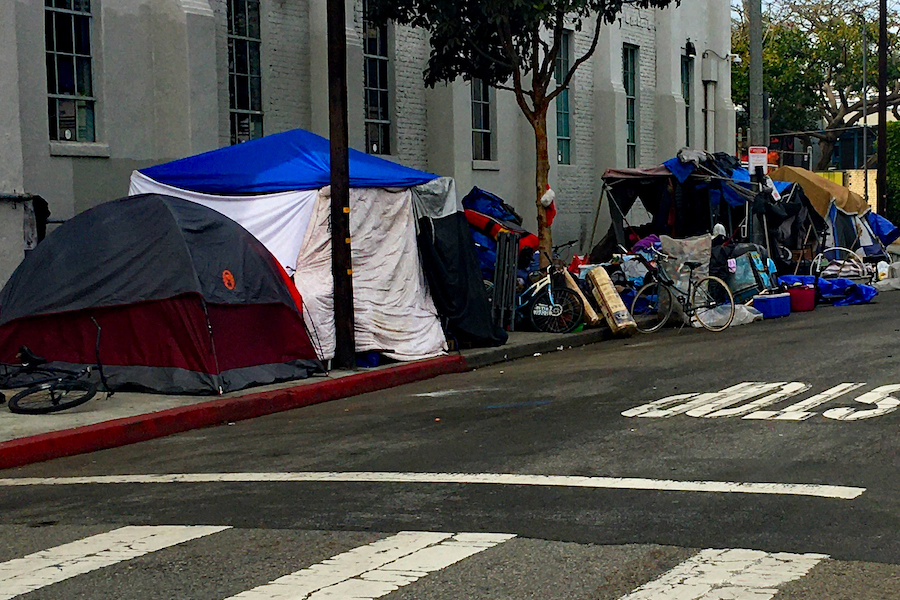 Venice has a massive homelessness problem, as everyone knows. Hence, it is important to carefully examine the Mayor’s Declaration of Local Emergency (Declaration) and Inside Safe Initiative (Initiative) to assess how effective they will be in addressing homelessness, particularly in Venice, which currently has 981 homeless. This is more than any other community in Los Angeles except skid row and Hollywood. Even worse, many of the homeless live in encampments adjacent to or very near residences such as the ones on North and South Venice Blvds, Third, Sunset, Canal Court and Flower Avenue where they seriously and adversely impact the residents there.

The Mayor’s Declaration and Initiative
Between December 12 and January 4 Mayor Bass issued the Declaration and the Initiative. There she seeks, among other things, to “eliminate the encampments” and “promote long-term housing stability for people experiencing homelessness.” She wants the City “to identify and use interim and permanent housing for all homeless persons including those in encampments” by “collaboration between the City and County of Los Angeles and Social Service Providers.” She also promises to “lock arms” with Councilwoman Traci Park to carry this out in Venice. Finally, she proposes to do this without resort to the City’s anti camping ordinance, LAMC 41.18.

Problems With The Declaration And The Initiative
A problem with the Declaration and the Initiative is that they lack detail to show how the City can accomplish the Mayor’s objectives. For instance, how will the City find sufficient rooms in hotels, motels, and apartments to house the unhoused, which it has not been able to do to date.

Even if such rooms can be found will the homeless choose to remain there? In August 2021 Bonin boasted on his website that using federal funds “211 unhoused people have come indoors, are receiving services and are on a pathway to permanent housing.” But many people did not “accept the shelter that was offered, dozens of people simply slipped away, taking up residence in alleys near the beach, joining encampments that already existed and starting a new one on the median of Venice Blvd.” (LA Times 2/3/22; CBS Los Angeles 7/12/22).

Another problem is that it does not appear there are vacant parcels within Venice where temporary shelter for the homeless could be developed or built.

On August 10, 2021 the City Administrative Officer (CAO) issued a report in which he found that every site Councilman Bonin proposed for homeless shelter was “infeasible” except for the vacant parcels at LAX discussed below, which he reported were still “under assessment” where they remain.

On January 14, 2022 the City Controller issued a Report in which he found there was only one parcel of vacant land in CD 11 which could be used for homeless shelter. This was a public parking lot on Pisani Place in Venice adjacent to residences, which probably makes it unsuitable.

The LAX Parcels
There are 3 vacant, multi acre parcels of land around LAX which potentially could be quickly developed for safe camping and tiny homes.

There are issues with the Parcels. Westchester residents object to Parcel 1 because it is near residences, a church and a school. This is not an issue with Parcels 2 and 3 which are not located near any residence, church and school and are entirely surrounded by airport and industrial uses.

There is loose talk the FAA will not permit residential uses upon the Parcels and that the City has plans to develop them for commercial uses. This talk is of doubtful validity. For the City has not produced any documents to support its claims in response to 7 document requests I served on the City under the California Public Records Act.

Finally, there is an issue whether airplane noise makes the Parcels unsuitable for human shelter.

The City’s Anti-Camping Ordinance, LAMC 41.18
The City’s Anti-Camping Ordinance prohibits anyone from blocking sidewalks and public areas which the encampments do. Unfortunately, its enforcement provisions are weak for they only authorize the LAPD to issue citations for infractions if a person refuses an order to move. Further, its enforcement provisions are made even weaker by LAPD Chief Moore’s Policy Memorandum to officers. Never-the-less, a citation or the threat of one could encourage homeless people to voluntarily move to City provided shelter.

It is unfortunate and unnecessary that the Mayor has said the City will not use 41.18 to implement the Declaration and Initiative claiming it is a punitive measure. It’s not a punitive measure. Rather, it’s an enforcement measure which sometimes may be necessary to implement the objectives of the Declaration and Initiative to eliminate homelessness which hurts everyone, especially the homeless. The City’s experience removing the encampments from Venice Beach in Summer 2021 shows enforcement is sometimes necessary.

Conclusion
In No Way Home, a book about California homelessness, the authors state that Houston and other cities, which have successfully dealt with homelessness, have a “zero tolerance policy” for persons unlawfully occupying public places. But they couple that policy with providing decent and safe shelter for them. Los Angeles should do the same thing in Venice. The Declaration and Initiative are a constructive step in that direction.

Clark Brown is an At Large Community Officer on the Board of the Venice Neighborhood Council. He seeks reelection to help implement the Mayor’s Declaration and Initiative.