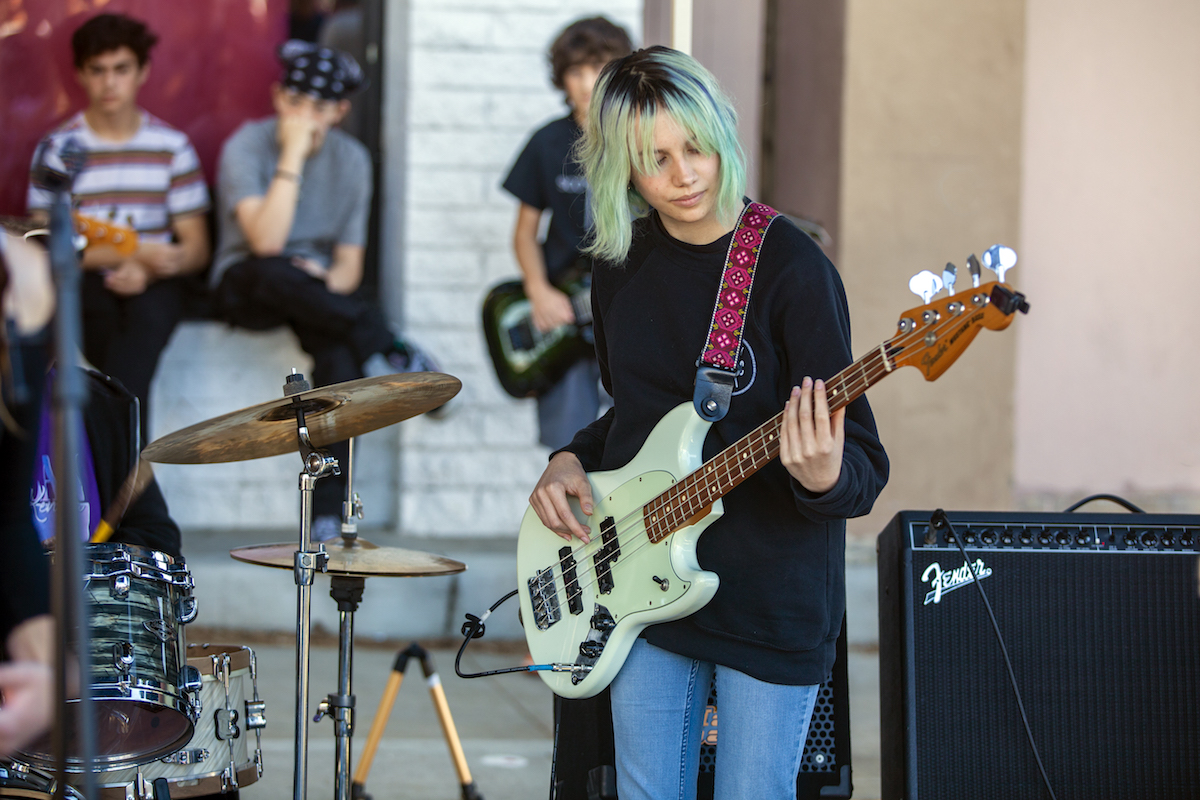 In a post-pandemic world, young people are finding the right place to let go of angst at the School of Rock Venice.

The school, devoted to helping aspiring musicians master skills, unleash creativity and develop tools they need to thrive in life, is hosting its end of season show in January at the legendary Troubadour club in West Hollywood.

On January 29, 2023, about 60 students will perform a culmination of rock and roll they’ve been diligently working on this year.

For the first time in six years, School of Rock Venice will rent the club on its own, rather than having a shared performance with another school, because of the growth in students the school has experienced post-pandemic.

“Our growth took off once lockdown ended. Over the course of 14 hellish months, we went from 177 students down to 97, but within a year of coming back, we were at 250,” said Adrian Flores, School of Rock Venice’s general manager.

After a year and a half of being indoors, Flores said Venice’s demographic has helped with the explosive growth of the school.

“Venice is dense with families, so now that lockdown is over, we might have kids who suddenly want to explore playing the guitar, drums, keys, vocals, or bass. Everyone is realizing how valuable time is, and so we benefit from that greatly,” Flores said.

School of Rock Venice’s programs start at 3.5 years old, and students are able to join their main programs at age 8.

“Each instrument has their own set of criteria for us to look at and decide if the student is proficient enough to be on stage,” Flores said. “It’s a test like any other, but on how well you handle your instrument, rather than… trigonometry, for example.”

With the students’ interests at heart, Flores and his team of instructors pick genres and ideas for the season’s show that are also important for music education.

“Students should be working toward the next step in their music education. If a student likes Green Day, where do they go after that? How do you ascend? How do you expand your knowledge base of music? It’s part of our job to show you,” Flores said.

Outside of traditional education, Flores said School of Rock Venice is a safe haven for students to be themselves, surrounded by others who share the same interest.

“We have kids who maybe don’t love school that much, or maybe don’t have an easy time fitting in at school. Then they come to School of Rock and it’s a whole different ballgame,” Flores said. “They don’t have opponents here, only advocates.”

Flores said he can empathize with what some of the kids are going through, and why rock and roll has such an important role in recognizing they are not alone.

“Teenagers are going to have angst whether there is an internet or not. You’re going to wake up and realize the world exists, and that’s going to give you some feelings, but there are entire genres of music out there, made just for you, by people who feel just like you do.To have your sense of isolation as a teenager broken by the fact that you know you are not alone, that was it for me, and I’m willing to bet I’m not the only one,” Flores added.

Flores hopes more students pick up the bass guitar, something that’s vital to any rock band.
“You can’t have a rock band without a bass player, unless your name is Jack White” he said. “Rock has never been as underground as it is right now, and there’s a certain romance to being the ones who guard against the death of rock and roll.”

More information on School of Rock Venice and its upcoming shows or programs can be found here, on Instagram, or on Facebook.

By Yo Venice Staff January 5, 2023
in News
Related Posts