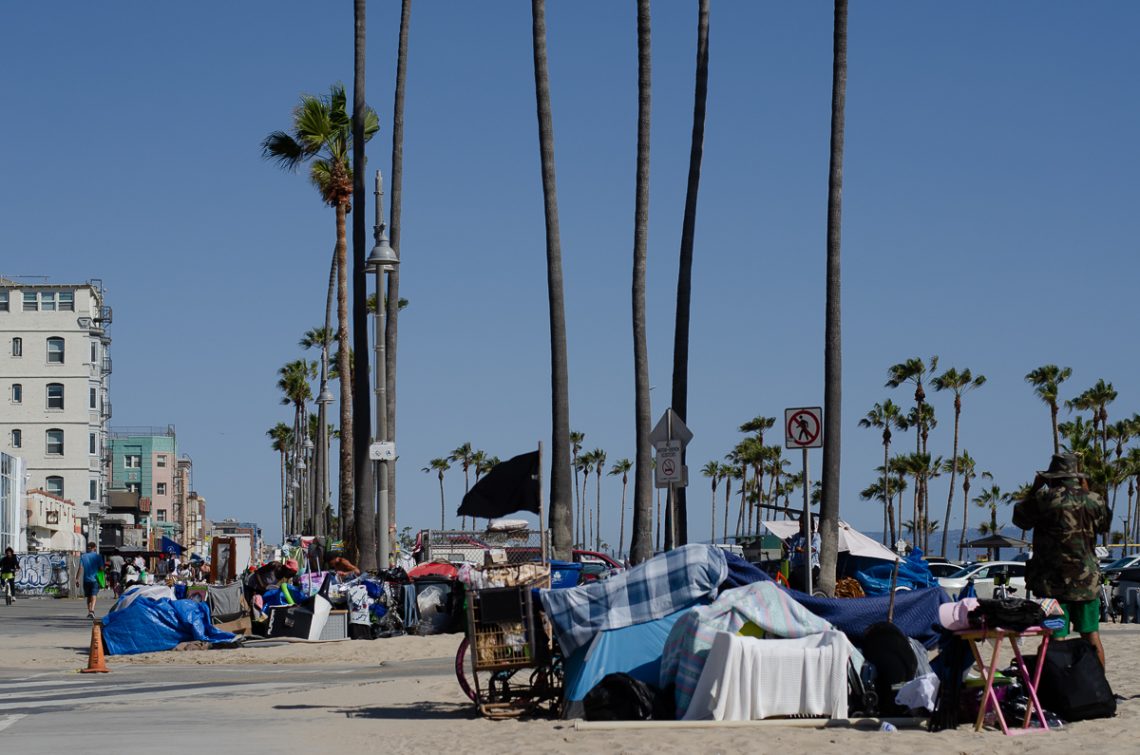 Mayor Karen Bass was inaugurated on December 11 and was sworn into office by Vice President Kamala Harris in a ceremony. One of Bass’ main campaign promises was to take care of the problem of homelessness in Los Angeles. Her website states the tragic human toll of homelessness as part of her strategy to deal with the epidemic and says that “ 40,000 Angelenos go to sleep every night without a roof over their heads and nearly four unhoused Angelenos die every day.” and that “a disproportionate number of those experiencing homelessness are Black, Latino, LGBTQ+ and/or formerly incarcerated.”

The plan that was part of her strategy is:

On her first day as mayor, Bass declared a state of emergency concerning homelessness and activated the city’s Emergency Operations Center (EOC). The declaration recognizes the severity of Los Angeles’ crisis and breaks new ground to maximize the city’s ability to urgently move people inside.

In a statement issued on Bass’ Twitter account, she said, “You should not have to work three jobs just to afford to pay rent in Los Angeles.”

Additionally, the order immediately gives Mayor Bass the power to lift rules and regulations that slow or prevent the building of permanent and temporary housing for the unhoused; to expedite contracts that prioritize bringing unhoused Angelenos inside; and allow the city to acquire rooms, and properties and land for housing for Angelenos in need. Moving forward, Mayor Bass will issue executive directives to advance these critical reforms. Immediately before signing the declaration, Mayor Bass met with her department heads – as well as the heads of the Los Angeles Homeless Services Authority and Metro – to outline her strategy to move Los Angeles forward with a unified approach to homelessness. The Los Angeles County CEO was also present at the meeting. She also met with frontline service providers and Janice Hahn, Chair of the Los Angeles County Board of Supervisors; Hydee Feldstein Soto, City Attorney; Kenneth Mejia, City Controller; Paul Krekorian, City Council President; Curren Price, President pro tempore, Los Angeles City Council; and Nithya Raman, Los Angeles City Councilmember and Chair of the Homelessness and Poverty Committee. All of the above attended the signing.

The Los Angeles City Council unanimously ratified the Mayor’s emergency declaration on December 13. Mayor Bass said, via a statement,” This is a monumental day for the city of Los Angeles, and I commend and thank the City Council for their swift action and unanimous ratification of my emergency declaration. The people of our city have demanded that we urgently and immediately take every possible action to bring unhoused Angelenos indoors, and this declaration will enable us to move faster and unlock every tool possible. I look forward to continuing to lock arms with the City Council to advance a unified, citywide approach to our homelessness crisis. Together – we are moving Los Angeles in a new direction.” According to the statement’s webpage, the order immediately gives Mayor Bass the power to lift rules and regulations that slow or prevent the building of permanent and temporary housing for the unhoused; to expedite contracts that prioritize bringing unhoused Angelenos inside; and to allow the city to acquire rooms, properties and land for housing for Angelenos in need.

On December 20, the Los Angeles County Board of Supervisors also voted unanimously to approve the Mayor’s emergency declaration. Mayor Bass announced this on her Twitter account and said, “We will only be successful in addressing homelessness if the City and the County are working together arm in arm. Thank you to the Board of Supervisors who just voted in unanimous support of the state of emergency I declared. Together, we will confront this crisis head-on.”

The state of emergency’s order states the following as actions necessary to relieve the crisis: “Now, therefore, I hereby declare the existence of a local emergency and direct all Divisions of the Emergency Operations Organization (EOO) and all other City Departments to take necessary steps for the protection of life, health and safety in the City of Los Angeles.

I request, that the City Council adopt resolutions pursuant to the Los Angeles Administrative Code Sections 10.1.1, 10.2.1, 10.5(a)(8), and 10.5.5 to expedite the procurement and contracting process for materials, equipment, and services necessary to respond rapidly to the homelessness crisis.

I further direct that the City coordinate its efforts to address this declared emergency with the County of Los Angeles, the State of California, and the federal government.

I further direct, that the continuing state of emergency shall be regularly evaluated, in coordination with City Council, by reference to key performance indicators of progress in addressing the emergency, including, but not limited to:

●     Decrease in the number and size of encampments;

●     Regulatory relief from other jurisdictions and within Los Angeles City agencies to create flexibility to address the crisis;

●   Relaxation in the restraints that limit the ability of  the City’s proprietary departments to create flexibility to address the crisis;

●     An increase in temporary and permanent housing units;

●     Increased outside aid through access to mental health and substance use beds;

●     A decrease in the number of persons being evicted from existing housing units;

●     A decrease in the number of persons falling into homelessness.

I further direct that this Emergency Declaration sunset in six months subject to being renewed. The setting of a specific time frame allows for actions to be taken to make permanent, necessary structural changes.

I further direct that all relevant City departments and agencies compile and deliver to the Mayor information about the specific and necessary resources and support that the City should request from Los Angeles County, the State of California and the Federal government to address this crisis.

I, therefore, direct that the Declaration of Local Emergency shall take effect immediately and that notice shall be given of said Declaration through the most feasible means.”

By Yo Venice Staff December 23, 2022
in News
Related Posts