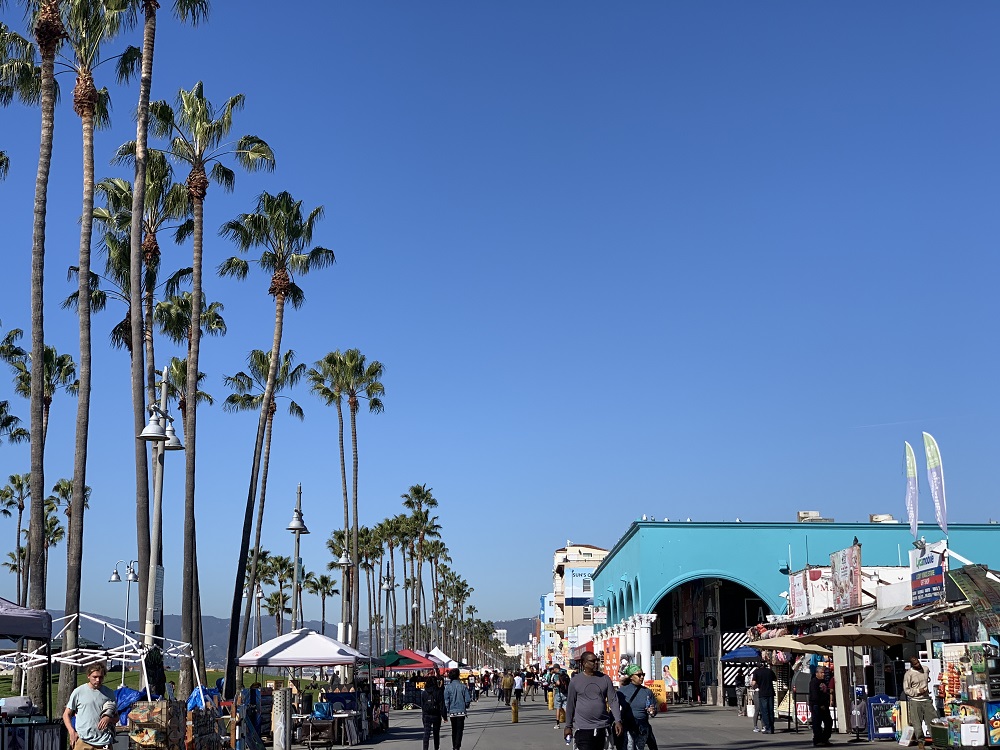 When the California Legislature passed SB-946 and Governor Jerry Brown signed it into law in 2018, many Californians, including street vendors, breathed a sigh of relief. To many, it seemed as if street vending was completely legal. However, this was not entirely the case and that’s why two street vendors, Merlin Alvarado and Ruth Monroy, and three local community groups, Community Power Collective, East LA Community Corporation, and Inclusive Action for the City, have filed suit against the City.

The Los Angeles City Council passed Ordinance #185900 which seemed to support SB-946 two months later. According to the lawsuit filed by the plaintiffs, former City Council member Gil Cedillo endorsed the legalization of street vending and said, “Our street vendors, our immigrants from throughout the world, come here and want to share their culture, their cuisines . . . this ordinance is our first great leap to embody that.” after the vote to approve the ordinance.

Not to be outdone, former City Council member Mitch O’Farrell said that passage of the City Council ordinance “lift[ed] this shroud of fear in our street vending communities surrounding enforcement.”

However, the City Council banned street vending in eight crucial high-pedestrian traffic areas, named in the suit. These “no vending” zones where all sidewalk vending is prohibited within a 500-foot buffer area around many of the City’s most vibrant and iconic retail venues, including the Venice Boardwalk, Hollywood Walk of Fame, Dodger Stadium (later expanded to include all of Elysian Park), the Hollywood Bowl, Staples Center/LA Live and the LA Coliseum.” These rules were extended to“ impose a similar 500-foot “no-vending” zone around all farmers’ markets, swap meets, filming operations, outdoor concerts, and parades anywhere in the City, as well as schools (including certain postsecondary educational facilities), and limit sidewalk vendors to occupying only a narrow five foot wide (or less) “vending area” adjacent to the street and not “in front of any building.”

Senate Bill 946 included a standard for local governments would need to abide by to ban street vendors, namely they would have to justify these bans based on “objective health, safety, and welfare concerns.” and specifically noted that “perceived community animus” nor an “effort to shield local merchants from “economic competition” from vendors.” would fit the requirements of those standards. According to the City Council, these no-vending zones were established to prevent “overcrowding on sidewalks, which results in pedestrians walking in the streets.” The plaintiff argues, via a press release, that the city failed to identify any facts, data or documentation to support this assertion.”

Matthew T. Heartney, Senior Counsel with Arnold & Porter Kaye Scholer LLP said, “The city did not adopt its sidewalk vending ordinance in a vacuum,” and that the legislation, “limits local government restrictions on most sidewalk vending unless shown to be ‘directly’ required to safeguard ‘objective health, safety, or welfare concerns.’” He added, “we combed through the city’s records in adopting its ordinance, and could find no pedestrian data or safety documentation to support its unjustified ban on sidewalk vending in key neighborhoods.”

Vendor Merlín Alvarado said, per the press release, “I have worked along Hollywood Boulevard for almost seven years, serving hungry visitors and contributing to this unique tourist destination. In return, I have been consistently chased, harassed, and ticketed by the City for running an honest business.”

This lawsuit seeks to end the no vending zones, restrictions on vending near farmer’s markets, swap meets, and temporary events in addition to an end to the narrow strip regulation placed on vendors in areas where they are allowed to sell their food.

Monica Mejia, President & CEO of East LA Community Corporation, said per the press release, “Any possible justification for these restrictions went out the window when the city established its outdoor Al Fresco dining program in 2020. Those rules authorize restaurants to erect permanent dining infrastructure covering much of the sidewalk in no-vending zones like Hollywood Boulevard, while vendors must remain 500 feet away from these popular tourist attractions. It’s hypocritical, discriminatory, and harmful to street vendors, and indicates that the no-vending zones were enacted solely to cater to local businesses and neighborhood associations.”

The Al Fresco program has recently been made permanent via a City Council vote.

The lawsuit states that “vendors report “harassing conduct commonly performed by City officers enforcing the Ordinance including, without limitation, (1) targeting vendors believed to be operating in “no vending” zones by issuing citations and leaving them on vendors’ cars without observing any actual vending conduct … (2) threatening future actions, such as impoundment of vending equipment, and (3) adding to vending citations late fees or other additional charges not authorized by SB-946.”

Katie McKeon, Staff Attorney with Public Counsel, one of the two law firms representing the plaintiffs along with Arnold & Porter Kaye Scholer LLP, said, “The city’s discriminatory exclusion of sidewalk vending businesses from large areas of the City is clearly in violation of state law. Sidewalk vendors are entitled to usage of the city’s sidewalks and public space, and any exclusion of sidewalk vendors must be justified through objective evidence. Elected officials can’t discriminate against one type of business based merely on personal preference or to make well-connected constituents happy.”

By Yo Venice Staff December 12, 2022
in News
Related Posts