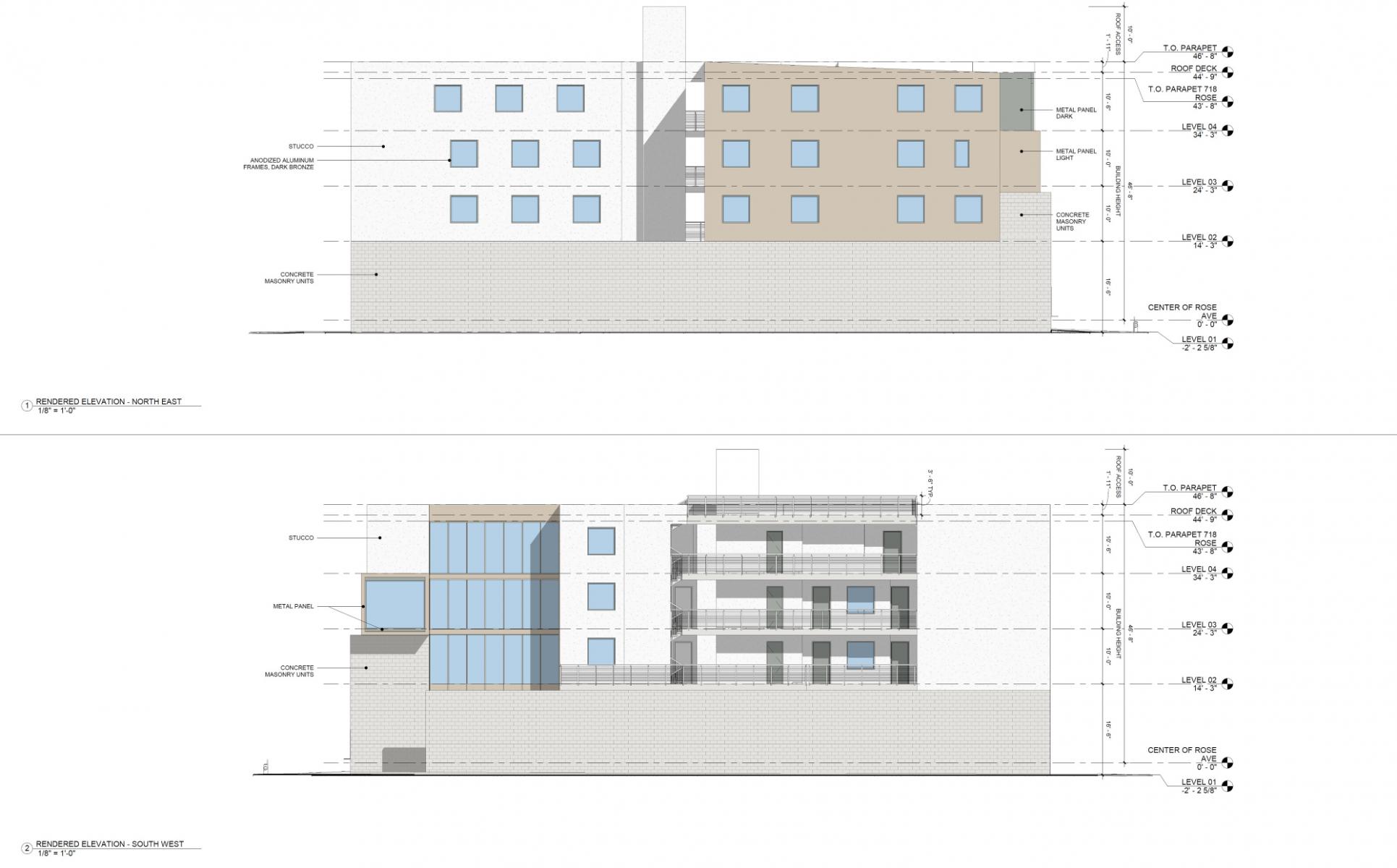 Marjan Sarsha, the founder of Kreation Organic Juice has filed an application to redevelop the property at 726 Rose Avenue with the Los Angeles Department of City Planning as reported by Urbanize Los Angeles. The single-family home from the 60s on the site might give way to a much different structure. Sarshar is doing this through the LLC, Amadora Heights.

The plan is for a four-story mixed-use building with 10 units of housing that would sit above a 2,500-square-foot office and restaurant space. The structure would have an underground parking garage for thirty vehicles.

This project’s application seeks approval for density bonus incentives entitlements because current zoning law does not allow structures this large in the area. If the entitlements are granted, the developer would only have to reserve two of the apartments for use as very low-income affordable housing units among the two, three, four and five-bedroom units that are planned.

The designer for the project is m_Royce Architecture out of the city of Venice. The design has been shown to be of the currently popular low-rise contemporary style, according to Urbanize Los Angeles, the exteriors would be made of concrete, metal panels and stucco. Open space requirements would be met with amenity decks on both the rooftop and at the podium level.