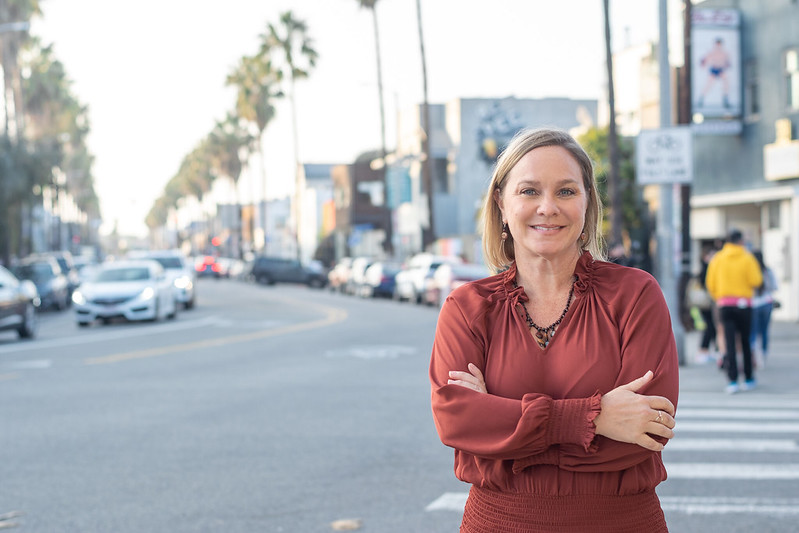 Darling also issued a statement on social media, telling his supporters to “be patient” as results continue to come in.

Votes are still being counted, and a lot can change in the coming weeks! We have recent historical precedent in Los Angeles that the margins after Election Day can shift dramatically, and are urging people to be patient as the final ballots come in,” reads the statement. “Win or lose, I’m humbled by all the support from our community in this past year. We’ve grown together as a community, bonded by the kindness and solidarity that makes up the best of the Westside. That’s not going away regardless of the outcome. More than ever, I believe in us.”

In other city races to watch, Karen Bass now leads Rick Caruso in the contest to replace Los Angeles Mayor Eric Garcetti. Following the Monday tally, Bass has collected 52 percent of the vote.

In the LA City Controller election, Kenneth Mejia holds a comfortable lead over current LA City Councilmember Paul Koretz, with the former picking up over 60 percent of the vote.

At the county level, incumbent Alex Villanueva trails challenger Robert Luna by over 19 percent in the race to decide the next LA County Sheriff. Voters also seem on course to approve County Measure A, which would give the LA County Board of Supervisors the power to remove the Sheriff for cause, with the measure currently picking up over 70 percent of the vote. In the LA County Board of Supervisors race to replace the seat being left vacant by Sheila Kuehl for District 3 – which includes much of the Westside –  West Hollywood Council Member Lindsey Horvath leads State Senator Bob Hertzberg by 2.38 percentage points.