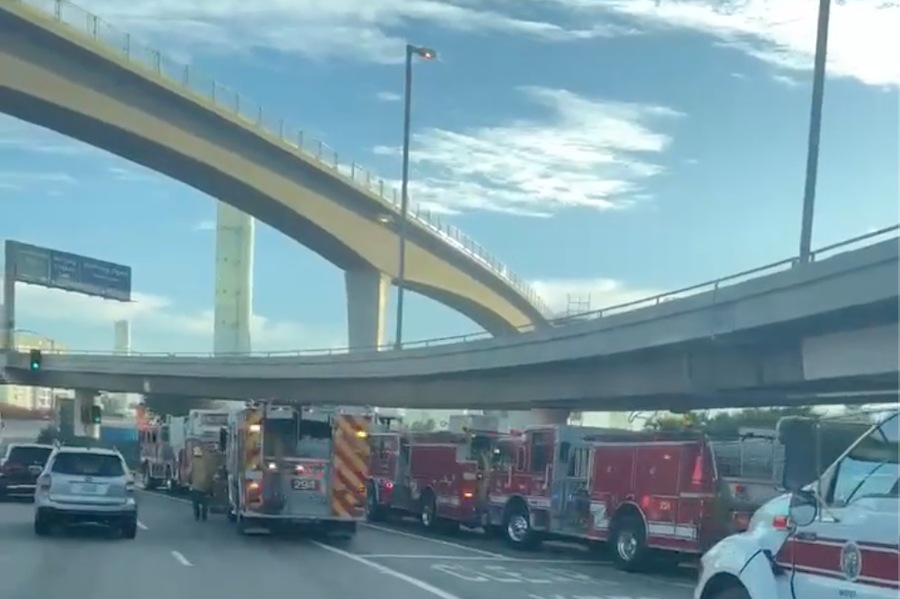 According to the Los Angeles Fire Department (LAFD), the incident was reported Monday at 7:02 a.m. near the baggage area of Terminal B at LAX.

“The reported release of Carbon Dioxide took place in a utility room within the airport, more than 200′ from the Terminal 8 Baggage Area,” the LAFD wrote in an alert. Though no passengers/travelers were directly affected by the release, in the interest of safety, airport officials moved as many as 100 persons from Terminal 8 to Terminal 7 in a calm and orderly manner. The four persons who took suddenly ill (3 adult males and 1 adult female) were all workers.”

Three of the four workers were treated at the scene for minor complaints. The fourth worker –  a 36-year-old male contract worker at the airport – was found pulseless and non-breathing inside the subterranean utility room.

“He was provided prompt CPR and advanced life support by LAFD Paramedics, with continuing advanced medical care during transport to an area hospital. His condition was upgraded from grave to critical on hospital arrival,” the LAFD said. “Though LAFD has no update on his status, he has certainly been given a fighting chance of survival thanks to the prompt and well-coordinated teamwork of LAPD, LAX PD and LAFD first responders”.

His craft, employer and the specific nature of work being performed within the subterranean utility room, have not been specified.

The incident is being investigated by Cal-OSHA.

By Yo Venice Staff November 1, 2022
in News
Related Posts