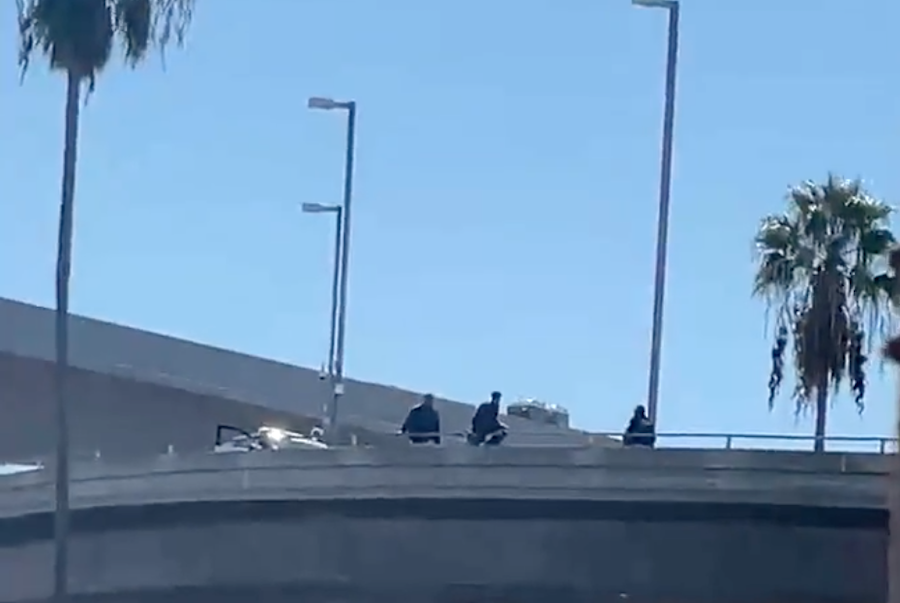 Thursday afternoon pursuit ends in a standoff at airport

A driver led police on a chase Thursday that started in San Diego and ended at LAX.

The pursuit of the car – a gray Nissan Altima – began in the San Diego area by the San Diego Police Department. The California Highway Patrol then took over as the pursuit continued on the 5 North to the 91 Freeway east in Orange County.

The driver then headed west on the 105 Freeway near Compton, traveling erratically and hitting other vehicles.

The car then stopped on an onramp near the LAX sign at the intersection of Sepulveda and Century boulevards.

Around 1 p.m. the driver got out of the car and stood on an overpass threatening to jump. By 1:13 p.m., the CHP, Airport Police and the Los Angeles Fire Department had deescalated the situation and taken the suspect into custody.

Officials have not yet released details on why the driver was initially pursued in San Diego.