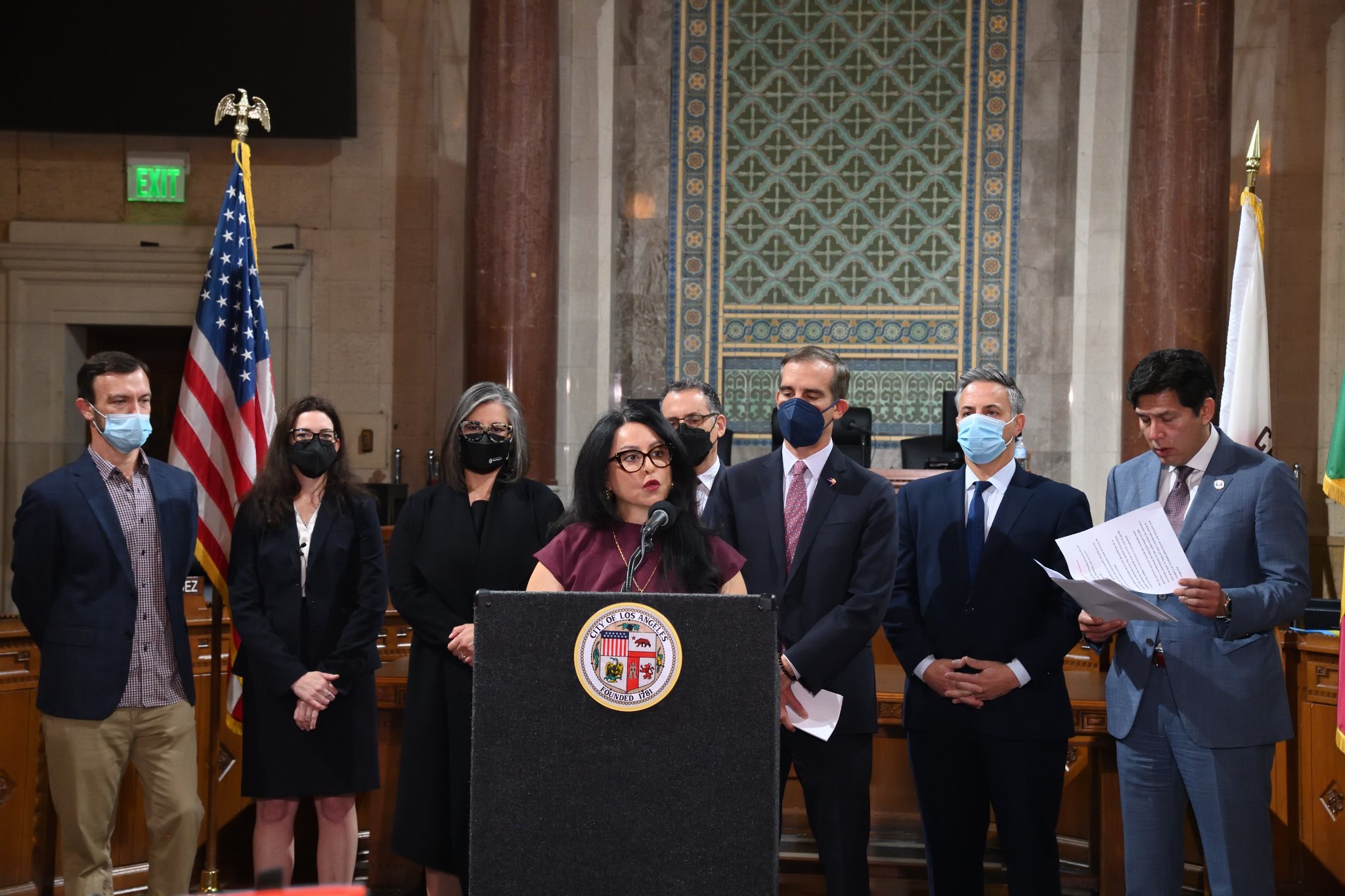 Condemnations against the racist statements made by former Los Angeles City Council President Nury Martinez, City Councilmembers Gil Cedillo and Kevin de Leon and LA Labor Federation President Ron Herrera have only continued, grown louder and have now been issued from the highest levels of our government.

More information has been extracted from the full recording and listeners have found that Martinez also mocked Armenians and made a derogatory comment about Jewish people as well.

The Los Angeles Chamber of Commerce has called for their resignations and even President Joe Biden has weighed in on the subject. During the press gaggle on October 11, the President’s press secretary Karine Jean-Pierre was asked by a reporter what Biden thought about the situation, “The President has condemned racism many times since taking office. I wonder if he’s followed the situation on the Los Angeles City Council with Nury Martinez and the leaked recording of her using racist remarks to describe a colleague’s Black son. She said today she’s taking a leave of absence, but there are others — Senator Padilla, Mayor Garcetti — who have called for her to resign.”

Jean-Pierre responded, “He’s followed this. I spoke to him about it yesterday. Look, the President is glad to see that one of the participants in that conversation has resigned, but they all should. He believes that they all should resign. The language that was used and tolerated during that conversation was unacceptable and it was appalling. They should all step down.”

By 5:30 p.m. that same day, LA Labor County Federation of Labor President Ron Herrera resigned. By 2:30 p.m. on October 12, Los Angeles Times reporter Julia Wicke reported that Nury Martinez resigned as the city council representative of District 6 with a bizarre two-page statement that never apologized for her racist and derogatory statements but apologized to her staff, city employees, constituents and her colleagues, some of whom were the targets of her scorn for leaving. She ended the lengthy note by saying, “And last, to all the little Latina girls across this city – I hope I have inspired you beyond that which you can see.” and a request for “space and privacy” as she “looks inward and reflects.” The backlash against her for this self-congratulatory message began almost immediately.

Even before resigning, Martinez was a no-show at the October 11 City Council meeting which was full of angry protesters calling for the resignation of everyone involved in the scandal. Both the October 11 and 12 City Council meetings were shut down due to those protests and Gil Cedillo and Kevin de Leon both left the chambers shortly after arriving on October 11. Acting City Council President Pro Tem Mitch O’Farrell said that he advised Cedillo and de Leon to not show up at the October 12 meeting and that the business of the City Council cannot move forward until Cedillo and de Leon resign, as reported by Kate Cagle at Spectrum News. O’Farrell stated that neither Cedillo nor de Leon had committed to resigning.

The only city councilmember who was allowed to speak without shouts of outrage was City Council member Mike Bonin, who agreed that all three of his colleagues must resign and spoke tearfully about how his family was affected by the leaked tape and its contents. He issued a statement on Twitter calling for all three to resign on October 12 as well. It said, “Nury Martinez, Kevin de Leon, Gil Cedillo: Governance of this beautiful city is untenable as long as you are on the council. Healing is impossible as long as you remain in office. Resign. Now.” He has also stated that anyone who hasn’t called for their resignation should not be considered as the next City Council President. To date, only Joe Buscaino has not called for the three’s resignations, Buscaino has only called for Nury Martinez to resign as Council President.

Additionally, the repercussions for Cedillo, de Leon and Martinez might not end with resignation. California Attorney General Rob Bonta announced via Twitter that the California Department of Justice “will investigate Los Angeles’ redistricting process. The leaked audio has cast doubt on a cornerstone of our political processes. We will endeavor to bring the truth to light to help restore confidence in the process for the people of our state.”

By Yo Venice Staff October 14, 2022
in News
Related Posts