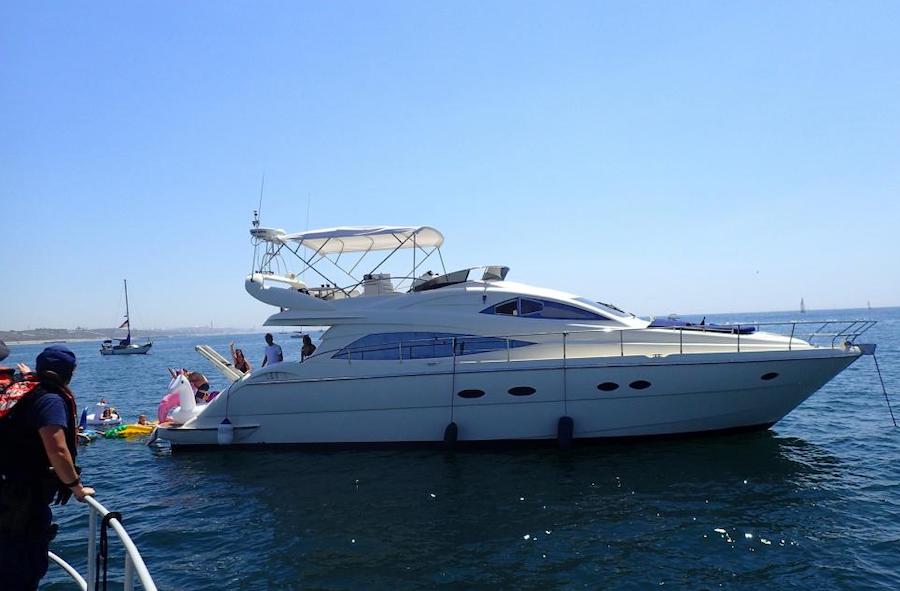 While patrolling the waters off Marina Del Rey on Saturday, September 3, the United States Coast Guard in tandem with the Marina Del Rey Sheriffs terminated an illegal charter boat voyage in the harbor. The Coast Guard and Marina Sheriffs patrolled the bay to ensure the public’s safety during the long Labor Day weekend festivities.

A 58-foot pleasure craft named Beirut was boarded by the joint task force while it was cruising in the waters with 15 passengers aboard. Coast Guard officers suspected that the boat was conducting business illegally and violated no less than four regulations named as follows:

During the operation, the Coast Guard issued Beirut’s captain a cease operations order until these violations could be rectified. However, on Sunday, law enforcement officers boarded Beirut again and found it to be operating in violation of the stated regulations and the warning that the vessel’s captain had been issued the previous day. 14 passengers were found to be on board. The Coast Guard added the charge that the vessel was in violation of the terms of the captain of the port order, a violation of 33 CFR 160.105 on top of the previous violations.

The captain of the charter was not reachable for comment at the time of publication.

If you would like more information about boating safety, please visit the Coast Guard’s Boating Safety Division (CG-BSX-2) at https://www.uscgboating.org. Anyone who has questions about passenger-for-hire regulations can contact the Sector LA/LB Investigations Division at (310) 521-3770 or email at SECLALB@uscg.mil.

If you are aware of an illegal charter operation, you can report it to the Coast Guard Sector LA/LB Command Center at (310) 521-3801 or LALBCOMMANDCENTER@uscg.mil

By Yo Venice Staff September 12, 2022
in News
Related Posts