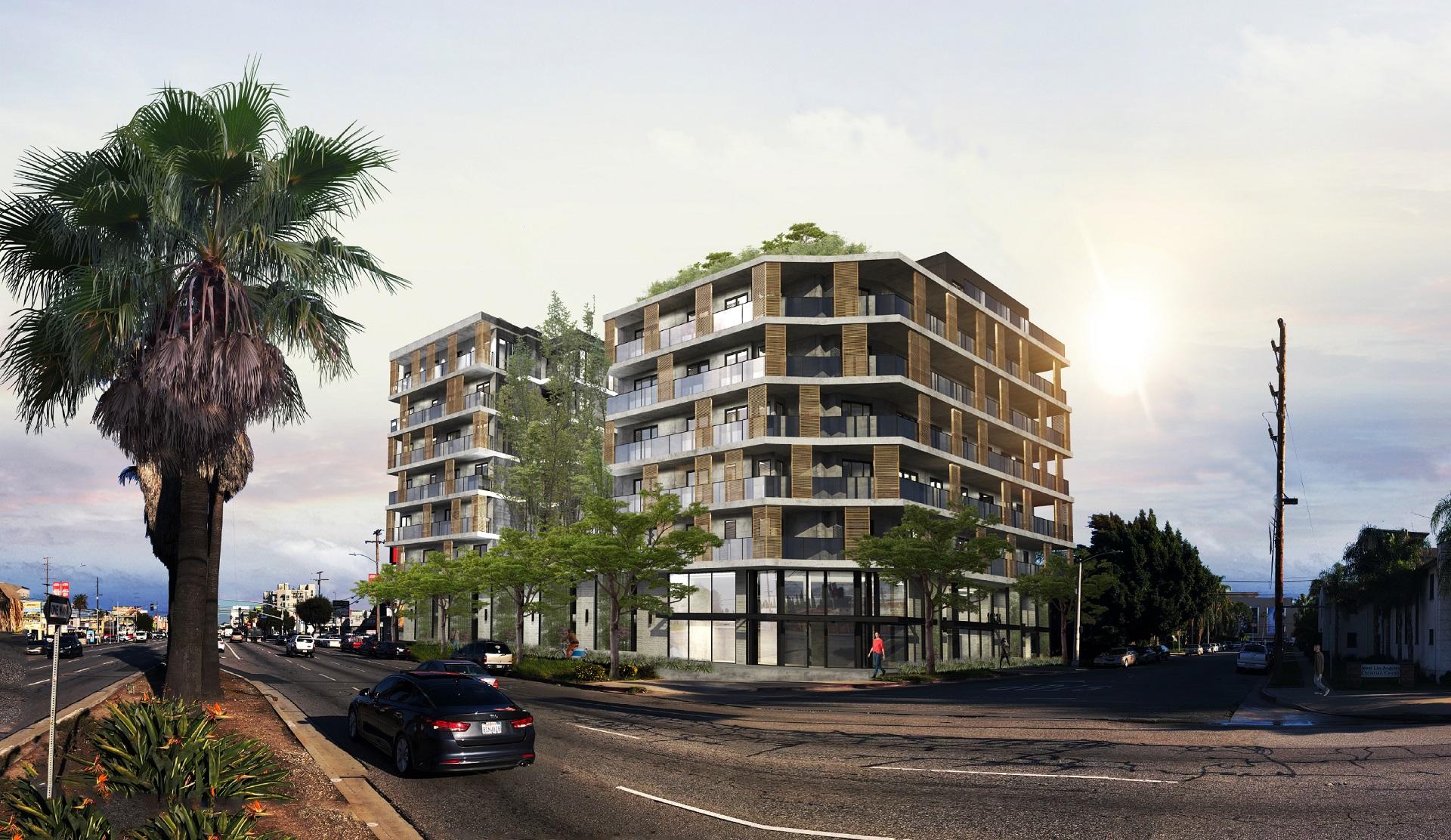 The mixed-use development at 10412 Venice Boulevard, close to the corner of Motor and Palms, is nearly complete as reported by Urbanize Los Angeles.

The developer on this project is the California Landmark Group (CLG). The structure is eight stories tall and contains a grand total of 79 units which are a mix of one, two, three, four and five bedrooms. Patrick Tighe Architecture is the architect of record on this project, which according to Urbanize Los Angeles is accented with wood and metal with a stucco exterior. The building is constructed with the popular podium and u-shaped courtyard structure with a rooftop deck.

The podium contains 1,000 square feet of commercial space on the ground floor as well as ground-level parking for 52 vehicles. CLG did apply for Transit Oriented Community (TOC) incentives, which were granted, and will reserve eight units as extremely low-income level housing in accordance with the TOC guidelines.