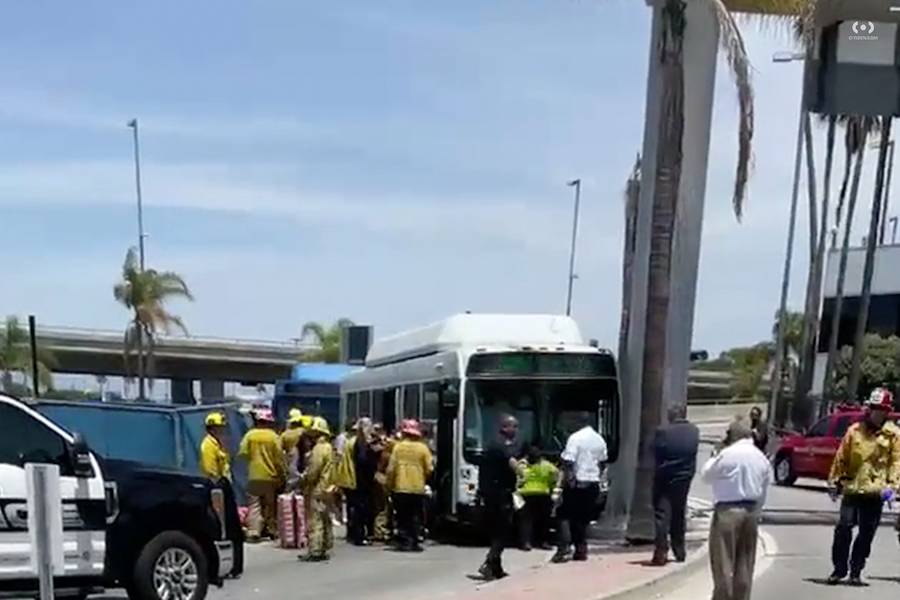 A crowded LAX shuttle bus was involved in a traffic collision Thursday afternoon, sending nine people to the hospital.

According to the Los Angeles Fire Department (LAFD), the crash occurred Thursday around 12:21 p.m. on the airport’s lower-level roadway when the LAX-operated bus crashed into a pole.

“After conducting the triage operation, firefighters determined there were a total of 23 passengers plus the driver on board,” said LAFD spokesperson Margaret Stewart.

No one on the ground at the airport was injured in the incident.

As of Thursday evening, officials have not announced what led to the crash.