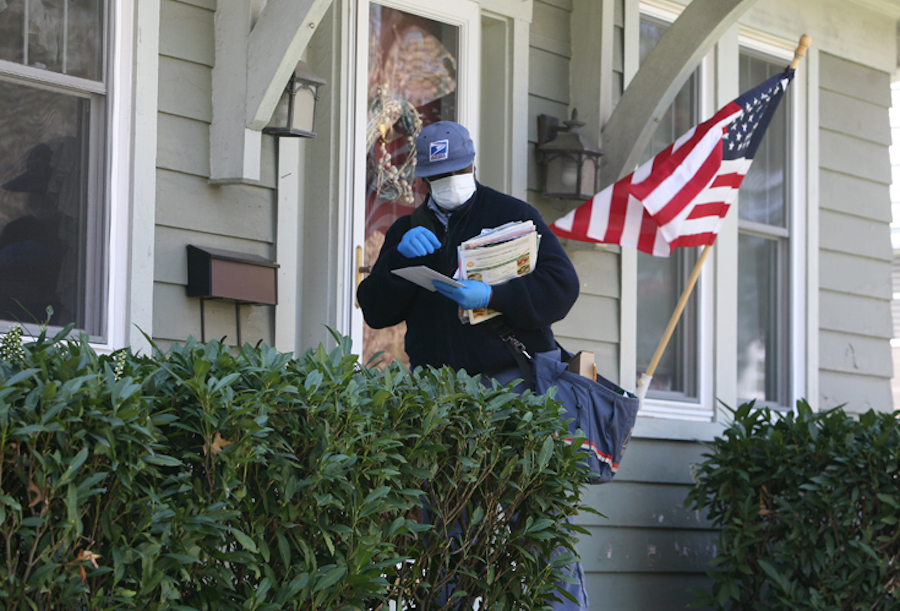 A Nicaraguan national illegally residing in the United States has been sentenced to 135 months in federal prison for a two-week crime spree in which he robbed five United States Postal Service (USPS) employees – and fired a handgun so close to one victim that it caused him to suffer a ruptured eardrum, the Justice Department announced this week.

Elvyn Antonio Rodriguez, 22, a.k.a. Elvyn Meneses Rodriguez, a transient who has lived in various locations in the San Fernando Valley, was sentenced late Wednesday afternoon by United States District Judge Dolly M. Gee, who also ordered him to pay $2,825 in restitution to the USPS and two mail carriers.

Rodriguez pleaded guilty on March 15 to three counts of robbery of mail and property of the United States and one count of aggravated identity theft.

From April 30 until May 14, 2021, Rodriguez robbed five USPS employees in Encino, North Hills, Van Nuys and West Los Angeles, pointing a firearm at them and stealing their personal belongings, including their cell phones, credit cards and the keys to their USPS trucks. Rodriguez then used the victims’ credit cards at retailers, where he purchased various items including clothing, BB guns, a watch, a glass pipe, and gasoline.

In the fifth robbery on May 14, 2021, Rodriguez, carrying a semi-automatic firearm, approached a USPS mail carrier in West Los Angeles and demanded his wallet. When the victim refused, Rodriguez cocked his firearm. Rodriguez and the victim then struggled over the firearm. During the struggle, Rodriguez fired the weapon in close proximity to the victim’s head, leaving gunshot residue on the victim’s shoulder. Rodriguez then stole mail from the victim and fled in a stolen Chevrolet Malibu along with an accomplice. A .40-caliber casing was recovered at the robbery’s location.

As a result of the gun discharge, the victim was transported to a hospital and was treated for a ruptured eardrum.

“While [Rodriguez] enriched himself at the expense of his victims, they remained traumatized and forever impacted by [his] actions,” prosecutors argued in a sentencing memorandum.