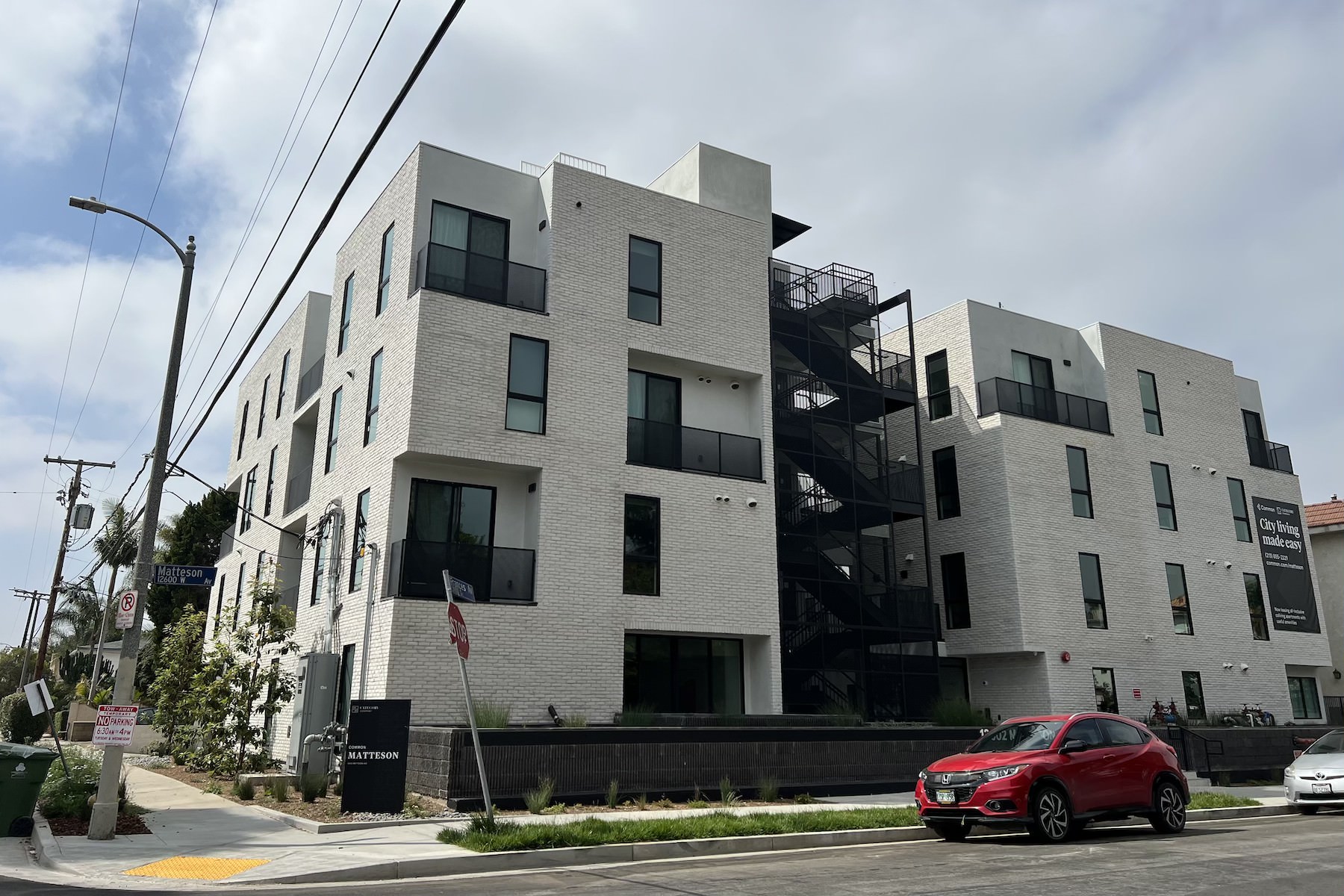 Category Company, a developer from Los Angeles, recently finished construction of the development Matteson Flats, a co-living apartment complex at 12610 Matteson Avenue as reported by Urbanize Los Angeles. Located in the Mar Vista district, close to both Culver City and the Abbott Kinney district in Venice, these are fully furnished apartments where the residents share some spaces.

Matteson Flats is located at 12610 Matteson Avenue and is billed as a luxury apartment complex. Category Company’s Instagram described the complex by saying “While inspiration is widely drawn from the humble forms of a classical farmhouse aesthetic, our team developed a scheme that bridges Matteson’s charming white brick facade with its modern interior finishes.” and “An added benefit of living in a Category building is the abundance of spaces to work and entertain. When designing these spaces, we source natural materials from Morocco and Italy to create a serene environment that brings warmth and comfort to your every day.”

It is a four story building with a roof deck, recreation room private balconies and views of the ocean or Blair Hills. The complex was designed by Bittoni Architects. It sits on a corner lot and has a white brick facade and black metal exterior staircases outside of the building itself. Rents in this luxury building with fifteen units range from $1,633 to $2,078 a month.

Representatives for actress say Heche “suffered a severe anoxic brain injury” and “is not expected to survive” By Sam Catanzaro...