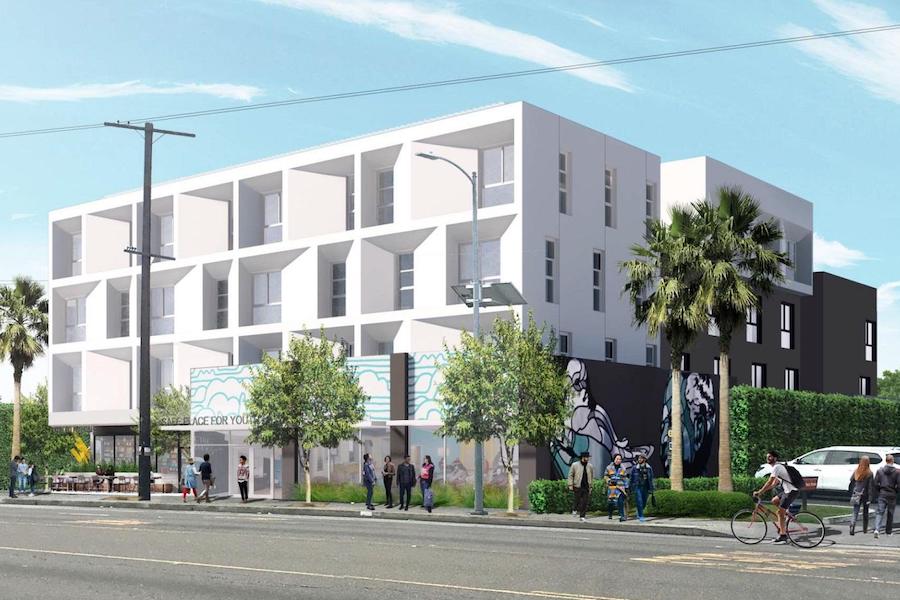 Prior property demolished at 2467-2472 Lincoln Boulevard

Venice Community Housing Corp. has begun construction of a new development at 2467-2472 Lincoln Boulevard as reported by Urbanized Los Angeles. There was formerly a small commercial building on the property that was recently demolished to make way for a development whose purpose is to provide permanent supportive housing.

The project is for a four-story building with a ten-car garage. The development would also have supportive services onsite.

Studio One Eleven is the designer of the project and is a mix of 90 studio units and one and two-bedroom apartments. The project will also build a plaza that will face Lincoln Boulevard and will have private yards for the units and an interior courtyard.

The project is also apparently mixed-use and has been dubbed, “The Journey”. The development’s budget is estimated to be $28.6 million according to a report from Housing Department staff. The Journey is partially funded by Measure HHH among other sources.