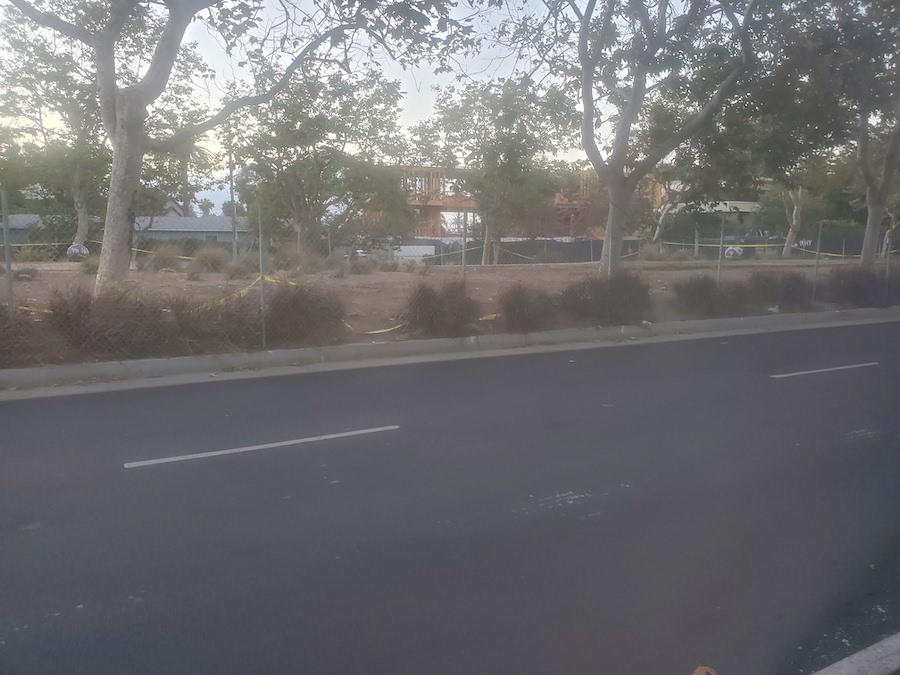 Centennial Park, long a homeless encampment for months that had spilled out-of-control into a haven for open drug use and crime was unexpectedly cleared, cleaned and fenced this week as all the tents have been removed, while some have relocated on the sidewalk next to the old Kim’s market and some of the stationary vehicles still remain along South Venice Boulevard.

But for now, mission accomplished!

This week there were several LAPD vehicles in the Library parking lot monitoring the situation as one side has been fenced and the other side yellow-taped.

According to LAPD, most of the campers were offered housing of some kind while others opted out and just left.

The park became a permanent camping ground last November and by January had as many as 100 tents and stationary vehicles.

Employees at the Library had complained bitterly about the situation as visitation to the facility decreased for fear of being accosted or approached by transients.

Tents then began to be installed in front of the library as well as the grassy areas that intersected with Venice Boulevard.

Tenants and homeowners along South Venice Boulevard became virtual hostages in their own homes as the sidewalks became littered with bike parts and residents complained to city officials as well as to the Mayor’s Office, and to Councilman Mike Bonin.

These calls and e-mails for the most were ignored.

Even the VNC’s Homeless Committee failed to weigh-in as well as the VNC itself, disappointing the community and the public outcry for action.

Now, the park has been fenced-off and hopefully renovated, rehabilitated and landscaped for public use and consumption.

This was the second major encampment that fouled Venice in the last 24-months after the initial debacle at the beach that was cleared by Sheriff Alex Villanueva and this clean-up apparently was directed by the Mayor’s Office.

As with the initial clean-up at the beach, many of the campers try to find another spot to settle.

Hopefully that will not be the case this time.

Venice has had its sufficient share of hosting these illegal outdoor camps that breed drug use and crime, preventing parents and seniors access to the community space like the beach or the library’s facilities.

Nick Antonicello is a longtime Venetian and covers stories of local concern to the community. He has been following the Centennial Park saga since late 2021. He can be reached via e-mail at nantoni@mindspring.com