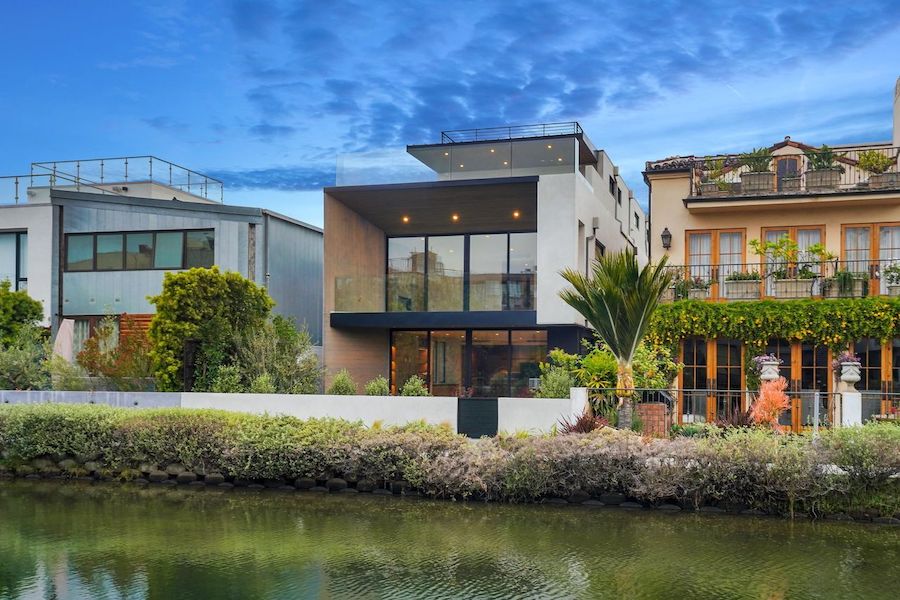 Four-bedroom and five-and-a-half-bathroom home for sale

A speculative home built on the Venice Canals in Los Angeles has been completed and is now on the real estate market priced at $7.6 million as reported by Mansion Global.com

The four-bedroom and five-and-a-half-bathroom, contemporary black bricked home is three stories tall as per the listing with Engel & Völkers Santa Monica. The listing agent is Sandra Miller.

Miller said, as quoted by Mansion Global.com, said, “it’s light on all three levels, which is really hard to get right,” due to the home’s positioning on the canal. Part of the reason is the placement of the windows in the structure.

Miller notes that Venice-based interior design company Chinese Jesus worked with Silicon Bay, the California-based architects and builders from the very beginning of the project.

The structure has natural materials which are used throughout the home like wood and stone. There is a black oak wet bar in the great room which is surrounded by a marble fireplace as per the listing. There is a front deck and yard on the canal.

“A spec builder generally won’t pull in designers, but [they] feel that it’s important…and that’s why it has such nice finishes, Miller expounded, as quoted by Mansion Global.com

The exterior is clad in cedar architectural flares and has a front door that is made of white oak. The master bedroom has a balcony that overlooks the nearby canal, a bathroom with a black soaking tub and a walk-in closet that has a stone top dresser. The second level has two more bedrooms.

Also on the second floor, there is a flex space, which residents could use either as a theater or a gym, which is located next to a steam room and sauna. There is an entertainment room that comes with a bar, as per the listing. The other bedroom has a cedar ceiling which has a connected deck that has views of the canal and built-in seating. An elevator connects all three floors.

Miller further stated, as quoted by Mansion Global.com, “When you’re in the canals, it feels like you can be anywhere else in the world other than smack dab in the center of Venice. It’s like this otherworldly neighborhood. That’s why I love it.”

The land was last sold for almost $2.6 million in 2018. The deal was for two parcels of land according to the website Property Shark as reported by Mansion Global.com