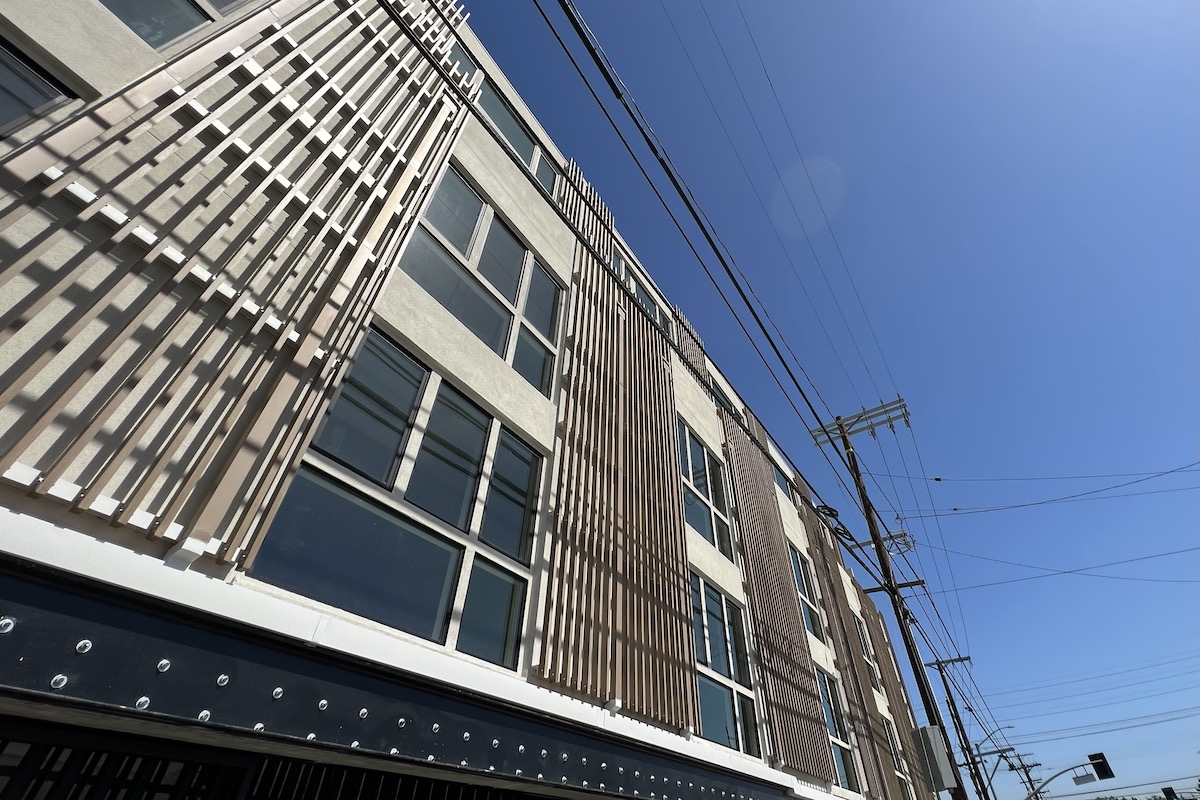 A mixed-use development that will bring 24 units of housing and 720 square feet of commercial space has been unwrapped.

The mixed use residential building at 11995 Culver Boulevard is nearly finished after a year’s worth of construction work as reported by Urbanize Los Angeles. The building is located at the corner of Culver Boulevard and Inglewood Boulevard in the Del Rey neighborhood. The developer is a company called 4460 Inglewood, LLC which is managed by Thomas Turley.

MIKA Design Group is the designer of the structure which is five stories tall and holds 24 housing units. On the ground floor, there is 720 square feet of commercial space and a parking garage for 30 vehicles. According to Urbanize Los Angeles, the designer’s plans for the building “wraps four levels of wood-frame construction with painted stucco and metal fins. Setbacks on its upper floors provide space for amenity decks.”

The development is on the former site of a laundromat and two smaller apartment buildings.