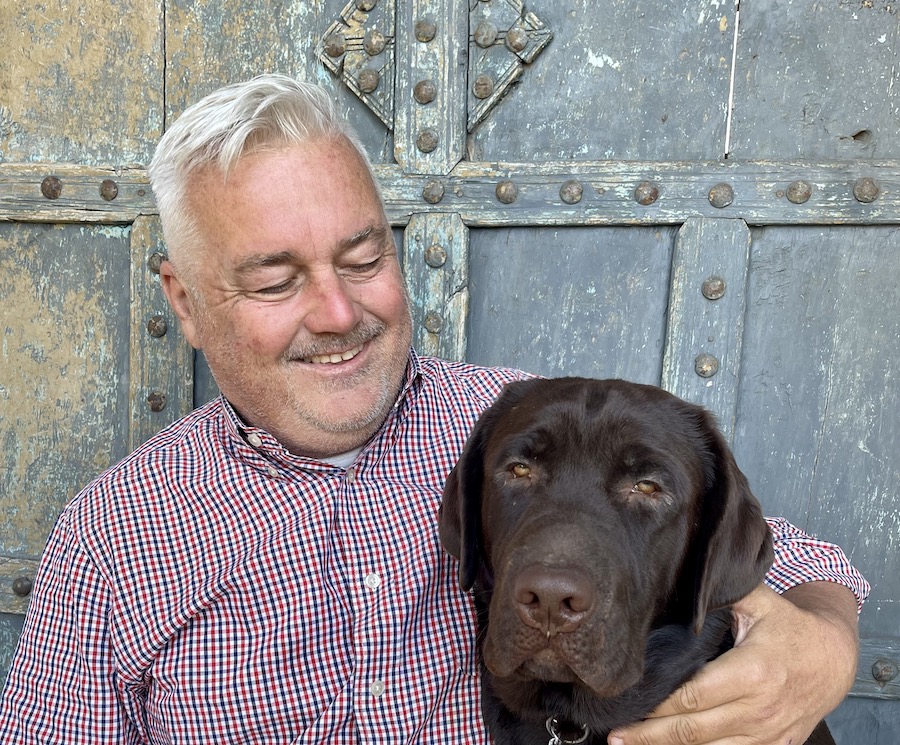 Most Angelenos have no idea what county government actually does.

It is venue of overly generous public salaries governed by five obscure elected officials known as supervisors, representing five districts across LA County or roughly two million residents per district, and some 82 municipalities. It covers the court system, the Sheriff and Assessor offices as well as a swell of social service divisions and departments.

And despite the power and expense of it all, few voters understand the cost or impact of county government on their lives.

Enter Craig Brill, born in Whittier and small business owner in a doggy day care business with his partner known as “Dog Sports,” (dogsportsla.com), Brill decided enough was enough when in 2020 his neighbor Gabriel Donnay was stabbed to death by a mentally ill homeless man in his driveway after trespassing multiple times on several properties and residences in his neighborhood.

The 56-year old candidate for the LA County Board of Supervisors is seeking to succeed the retiring former state senator and current Supervisor Sheila Kuehl of Santa Monica.

This canine recreational provider is of the opinion county government has gone to the dogs!

Calling county government “woefully expensive and a hidden, shadow government,” Brill supports sweeping reforms to make this giant bureaucracy more responsive and accountable to average citizens like himself and his neighbors and friends.

Brill opposes the current campaign structure that allows unions to subsidize the campaigns of supervisors. For instance, the SEIU which represents some 60,000 employees are powerful and prime donors to the very candidates that ultimately negotiate the working conditions and salaries of these highly compensated government workers.

While Brill emphasized his support of unions and collective bargaining, he called the current system “broken” and will work to reform from the “inside out.”

“Sheila Kuehl represents the powerful and the elite. My opponents represent more of the same. They are Sheila 2.0.”

And while his opponents will spend large sums of campaign dollars to win this open seat, Brill stated he has raised roughly $5,000 and has commitments for an additional $20,000.

A former registered Democrat, Brill is now an independent and has lost confidence in the two-party system describing it as a “stacked-deck and corrupt.”

Brill talked about the costs to simply become a candidate where hopefuls must file 3,500 valid signatures to just gain ballot access to avoid a $2,200 filing fee which he believes discourages average residents from running for supervisor.

“It costs a candidate $26,000 just to have their name and statement included in the county voter guide. How many candidates can afford such an expense?,” questioned Brill.

Brill described the current election process as a “closed club” of sorts.

“We need average citizens, independents and third-party candidacies. We require competitive elections. If we had robust discussions, we would have better legislation and better outcomes.”

Brill found even attending or watching Board of Supervisor’s Meetings irritating.

“The in-action makes me crazy. The Board has a superiority complex.”

“Voters are simply locked out. My candidacy is about opening up county government and the cost for all to see and witness.”

Brill believes county government needs a facelift and reform, calling for the expansion of the size of the board from five to at least fifteen, and would support the creation of a directly elected county executive to manage the day to day operations.

When it comes to the Sheriff’s Department, Brill supports the efforts of Alex Villanueva, especially in the area of removing homeless encampments like the one that existed at Venice Beach last summer.

“The Board of Supervisors should provide oversight, but the current adversarial relationship has become destructive because it hurts morale. They need to stop trying to pick fights with the Sheriff. I believe they view him as a threat to the current power structure,” offered Brill on the back and forth between the board and Villanueva.

And while the current composition of the LA Board of Supervisors is all women, Brill described the current board as being “just as power hungry as any former all-male board.”

And while supportive of the incumbent Villanueva, the salary of the sheriff is $333,000, with another $17,000 in paid benefits and an overall compensation package of $412,002; making him one of the highest paid elected officials in the United States.

And the current crop of county supervisors all make more money than the Vice-president of the United States, every state governor including Gavin Newsom and every member of the US Cabinet and Congress (Senate and House of Representatives).

But the primary reason behind the Brill candidacy is to manage and ultimately eliminate homelessness here in Los Angeles.

“We have 65,000 people living and dying on our streets being preyed upon by drug dealers and gangs. On average 1,500 individuals are dying each year from the neglect of county government.”

Appointed by LA Councilman Paul Koretz’s Committee on Homelessness, Brill decided to seek public office himself after being frustrated by the committee’s ability to improve the current conditions.

“65,000 are on the streets. 70% are mentally ill and drug addicted. I support AB-1340 to help get these individuals the help they need and Kuehl lobbied against its passage.”

“There are no beds. I had a relative who was bipolar who jumped from a moving car that required help and assistance. The system does not work.”

Brill stressed the need for more beds and real service for the homeless.

“We don’t have the facilities to solve the problem. The dollars being spent are wasted and are not being invested in long-term results. Service providers need to be monitored for results and that isn’t happening. There is mental health crisis on our streets that is not being addressed.”

Brill is calling for the following:

“The more money that has been spent is great for these service providers, but where are the results? We have spent more money than ever before and the problem of homelessness has only gotten worse. There is no accountability or responsibility. We need a drastic change and I believe my candidacy speaks to these fundamental realities.”

Nick Antonicello is a longtime Venetian who is covering the 2022 municipal, county and federal races that impact Venice. A member of several committees of the Venice Neighborhood Council, he can be reached at 310-621-3775 or via e-mail at nantoni@mindspring.com.

By Yo Venice Staff March 16, 2022
in Opinion
Related Posts