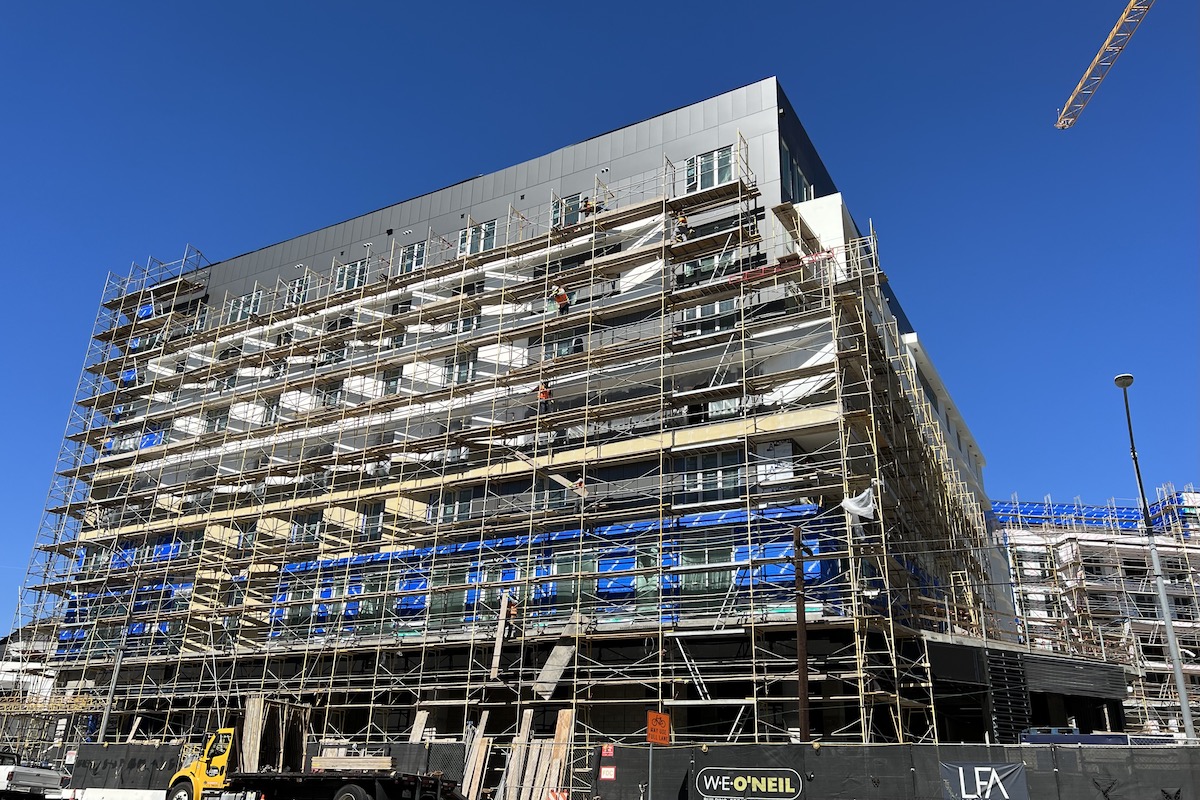 In a report titled The Problems and Progress of Prop. HHH, City Controller Ron Galperin detailed the rising costs faced by the City of Los Angeles to build permanent supportive housing to deal with the issue of the unhoused people on city streets.

Proposition HHH was passed by California voters in 2016 as a $1.2 billion bond measure that promised to fund 10,000 units of housing for the unhoused. The goals set by the bond measure were slightly unrealistic since they assumed that housing costs would not rise sharply. Of course, no one could have foreseen the financial effects of a worldwide pandemic that is entering its third year.

“Although Los Angeles has made some progress with Proposition HHH, it hasn’t been enough. The costs are too high and the pace is too slow to address the tragedy on our streets. If the City doesn’t learn from its mistakes, it risks repeating them. Angelenos, sheltered and unsheltered, cannot afford that to happen,” Galperin said in a statement.

The city has 65 supportive housing projects that are under construction with funding from Prop. HHH for a total of 4,300 units. Galperin’s estimates say that the average per unit cost is currently $596,000, with some projects at a low of $309,000 per unit but with some as high as an astounding $765,000 per unit. Of this total of 4,300 units under construction, the Controller’s estimate is that more than 14% of the 4,300 total projects cost more than $700,000 each.

There are an additional 27 Prop. HHH projects that are moving through the design stage that would create an additional 1,880 units of housing. Of those projects in the planning stages average a cost of $580,000 per unit, with the low end of $372,000 per unit and the high end rising to $837,000 per unit.

The Prop. HHH program is on track to provide a little over 8,000 units of  brand new housing, only 7,000 of which would be supportive housing with a total of 125 projects.

It is Galperin’s recommendation that the City should pass additional measures to help make the process of approvals easier and to consider using funds from Prop. HHH to buy buildings that already exist to convert into permanent supportive housing, much like the Project Homekey program or build interim housing instead. Galperin repeated his recommendation that the City should think twice about projects that have stalled or that cost too much. City officials did not respond positively to Galperin when he first made this recommendation.

It is possible that officials might be able to maneuver Prop. HHH fund away from boondoggle projects but that doesn’t solve the overall problem with the price of construction in Los Angeles.

It’s not just supportive housing that is costly, all types of construction are being affected by rising prices in the Los Angeles area including infrastructure projects and market rate construction.

For example, Metro Los Angeles has a proposal on the table to split the Metro Gold Line extension or Eastline L into smaller stages because of rising prices that makes the line more expensive than the money that has been allocated to build it.

In fact, a report on construction costs in Los Angeles from the UC Riverside School of Business shows that the per unit cost average in Los Angeles for new housing is almost $580,000 for any type of construction project no matter who is building it. It speaks to the larger problem with the real estate market in the Los Angeles area which in turn has and continues to exacerbate the issue of homelessness.