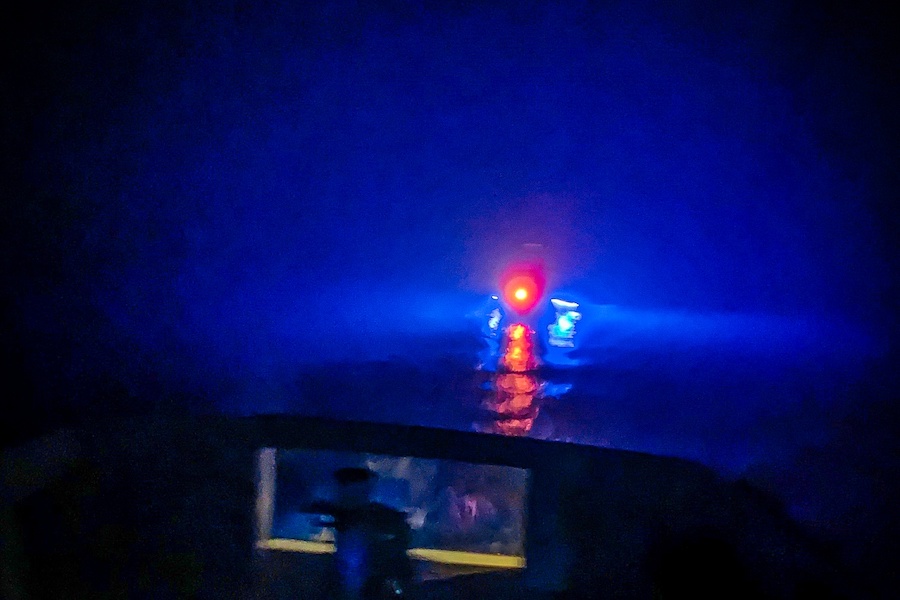 First responders escorted to safety a 24-foot boat lost in the dense fog off the beach near the Santa Monica-Venice border last week.

According to the Santa Monica Police Department (SMPD), on November 3 a little after 7:30 p.m., Pier and Harbor Services Officers (PHSOs) observed a mayday call on a marine radio frequency.

“The owner and solo occupant of the 24’ powerboat reported being lost in dense fog near the southern end of the Santa Monica city limits and in danger of running aground in the surf break,” the SMPD said in a press release.

The PHSOs responded from the Pier on the Monica-1,  a 30′ Seaway Rescue Boat, outfitted with electronic navigational equipment including radar, GPS and a radio directional finder to assist in search and rescue missions in limited visibility.

Police say the Monica-1 was able to establish radio communications with the vessel in distress, along with the United States Coast Guard and LA County Lifeguards.

“The dense fog limited visibility to approximately 30 feet, requiring the PHSOs to navigate entirely on instruments,” the SMPD said.

Harbor Services Officers located the boat near the 3000 block of the beach, almost in the surf zone, in Venice.

The PHSOs then escorted the vessel through the heavy fog to the entrance of Marina del Rey where LA County Lifeguard Baywatch crews took over the rescue.

By Yo Venice Staff November 8, 2021
in News
Related Posts