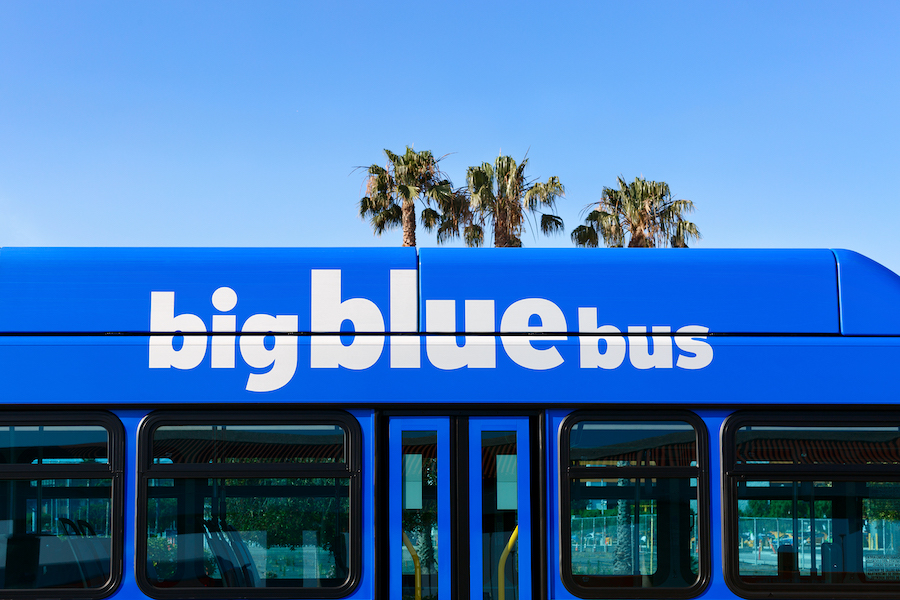 Since July 12, 202, Santa Monica Big Blue Buses have ceased to accept cash payments because of the COVID-19 pandemic. In an attempt to minimize contact between drivers and passengers for safety, it may have made it more difficult for members of vulnerable groups to ride the city bus. People among the low-income, elderly, disabled, student and homeless individuals in the community have had issues because they lack access to MTA Tap cards or find it equally as hard to reload those cards even if they acquire them. While Big Blue Buses are supposed to give rides to anyone who needs them regardless of their ability to pay, some people report that this is not always the case.

On September 14, Santa Monica City Council discussed how to remedy this issue and make bus rides accessible to all community members with item 13B on the agenda. Councilmembers Phil Brock, Oscar de la Torre and high school student Olivia Landon co-authored this discussion item. The item requested that equity be restored to the Santa Monica bus system by directing the City Manager to reintroduce cash payments to Big Blue Bus lines or to make buying and reloading TAP cards more convenient and accessible by adding more locations where members of the public can acquire and recharge these cards locally at a low cost.

Councilperson Phil Brock presented the item and gave the example of his elderly mother who has never had a credit card and always uses cash or checks. He stated that she is not proficient with smartphones and would be unable to ride as things stand today. Councilperson

“The reason for this motion is simple. We need to make sure that the least among us always have access to public transportation,” Brock said.

Councilmember Gleam Davis asked Brock about residents’ ability to buy TAP cards in different retail locations and Brock pointed out that calls were made to retail outlets on the Big Blue Bus website that claimed to sell TAP cards and the result was disappointing. Out of the 15 retail stores that were contacted, only one sold TAP cards and refills, one claims to have TAP cards but does not refill them, one only refills TAP cards in prohibitively large amounts of $20 to $25, 6 had incorrect contact information, 6 say that they do not sell TAP cards at all despite being listed on the BBB site.

There were a number of comments from community members that highlighted the different aspects of this issue. Landon, co-writer of the item, pointed out that she believes the survey that the Department of Transportation wants to do on bus riders is unfair. She said, “The people who don’t have access to the Internet, phones, or a TAP card are the ones who won’t be able to answer the survey. The results are bound to be skewed and in favor of cashless payment because of this.”

Eric O’Connor, Assistant Director of Transportation for Santa Monica, said that there are 91 TAP outlets in the service area and that the City will be auditing the outlets to make sure they have TAP cards available. He stated that while there are reported incidents of community members being refused rides for not having the fare, he noted that Big Blue Bus drivers are not coached to refuse riders. According to O’Connor, going cashless frees up 9,000 hours of wait time.

Mayor Sue Himmelrich argued that if it costs the City more to take cash than it does to run cashless buses, it would seem counterproductive to reintroduce cash to the bus fare system. She said that they need to fix whatever part of the policy that has fallen short.

Councilmember Brock asked to reinstate cash payments temporarily. Councilmember Davis pointed out that she was uncomfortable with making a decision like this without a more comprehensive discussion. Councilperson de la Torre suggested that maybe it would be a good idea to hand out pre-loaded TAP cards on buses and Mayor Himmelrich agreed. Mayor Pro Tem Kristen McCowan agreed that the item should go back to staff so that it could be analyzed further and that there should be an attempt to reiterate the policy to avoid potential refusal of service to riders.

Mayor Himmelrich amended the item, which eventually passed unanimously, to direct staff to reinforce the policy that non-payers can still ride. In addition, the amended item instructs officials to distribute TAP cards more widely to as many people as possible. As a third part of the revised item, staff was instructed to come up with other means of obtaining TAP cards.

By Yo Venice Staff September 17, 2021
in News, Transportation
Related Posts