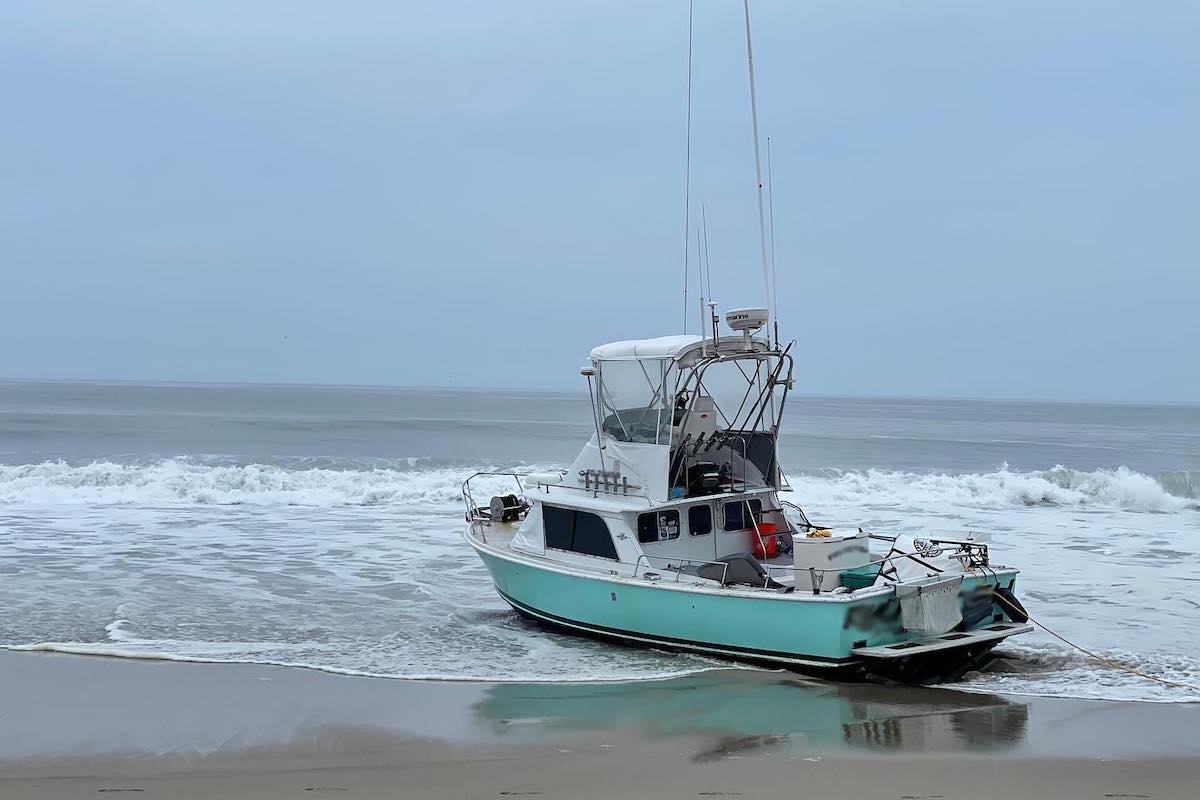 A small yacht washed ashore on Venice Beach this week as a large south swell filled into the region.

According to the Los Angeles County Fire Department, the incident was reported Tuesday at 11:39 p.m.

Both persons aboard the vessel, a Bertram 31, were able to self-rescue without injury.

On Wednesday morning, Baywatch rescue boats and land-based lifeguards were able to rig up and tow the vessel offshore. In addition, dewatering and overhaul operations were conducted by Baywatch crews due to prop damage.

The vessel was successfully salvaged and towed to Marina Del Rey for an emergency haul out.

“Occasionally larger and suddenly more powerful sets are possible due to the long period nature of the swell, ” the NWS said. “There is an increased risk for ocean drowning. Rip currents can pull swimmers and surfers out to sea. Large breaking waves can wash people off beaches and rocks, and capsize small boats near shore.”

The beach hazard statement remained in effect until 9 p.m. Wednesday.