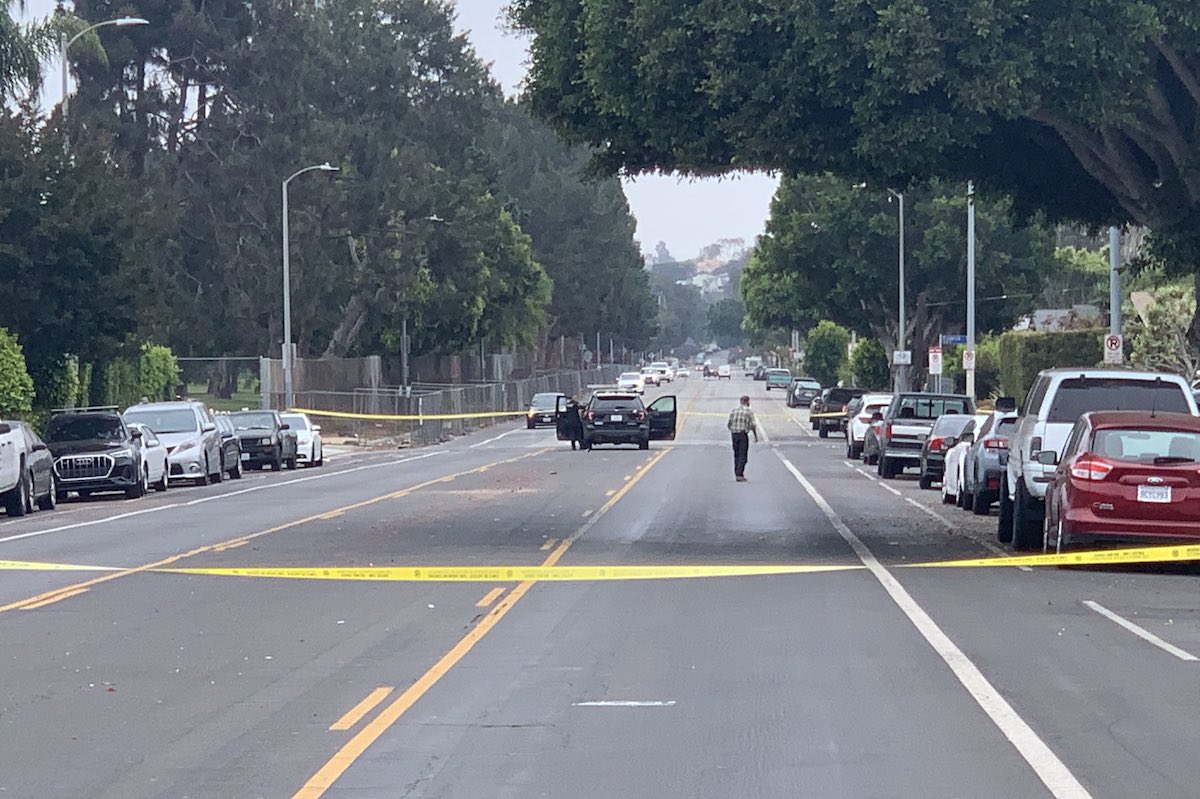 Police are searching for a driver wanted in connection to a car-to-car shooting in Venice that left an 18-year-old resident dead.

According to the Los Angeles Police Department (LAPD), on July 5 around 2:36 a.m., Pacific Division officers responded to multiple calls of shots fired in the area of 6th Avenue and Brooks Avenue. Additional radio calls came in reporting a car-to-car shooting with a victim injured at Lincoln Boulevard and Rose Avenue.

“Officers arrived at that location and found a vehicle overturned with two gunshot wound victims inside,” the LAPD said in a news release.

The other victim, a female adult, was transported to a local hospital with multiple gunshot wounds.

The @LAPDHQ needs your help finding the driver of this white sedan who they say opened fire on the driver in the second car— shooting at him at least 15 times. The assault caused a crash and killed the 18 year old behind the wheel. Warning: this video is hard to watch. @CBSLA pic.twitter.com/JnacXM3tbh

According to the Los Angeles County Department of Medical Examiner-Coroner, the victim was Tyheam Bray Jr. of Venice.

The motive for the shooting is unknown, the LAPD says.