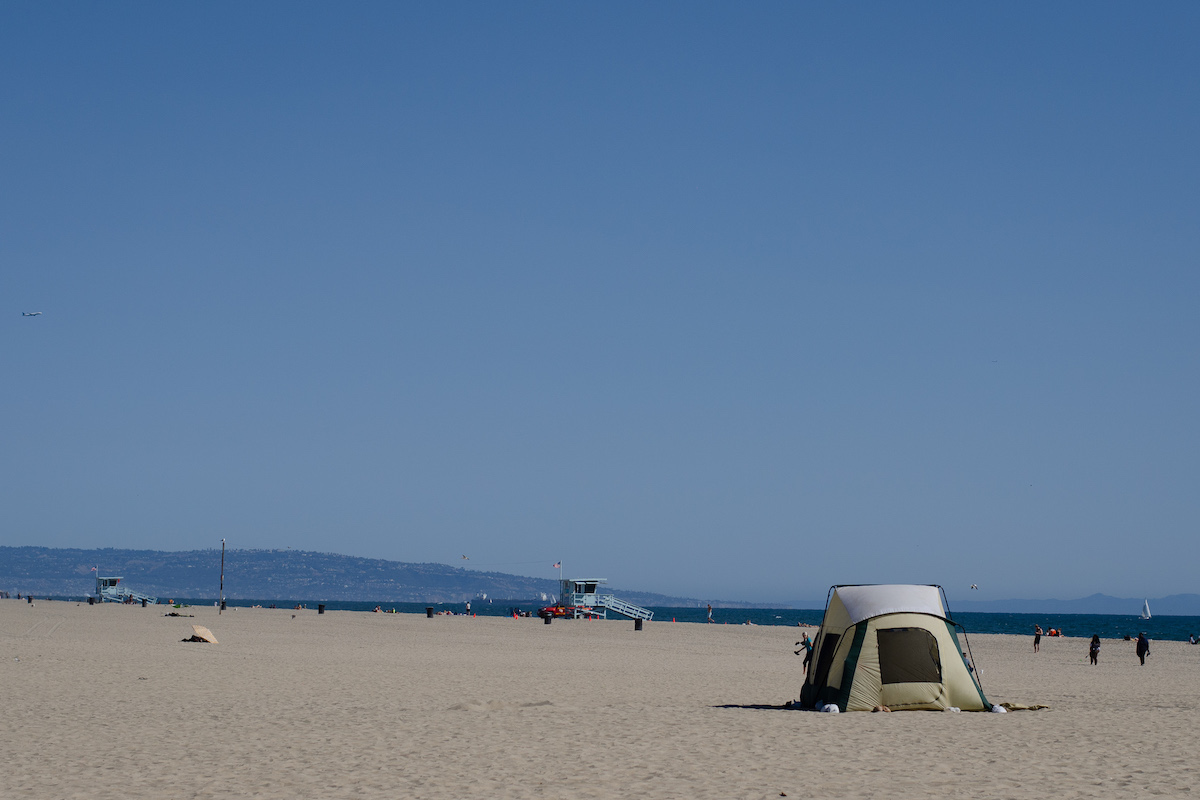 There seems to be a basic disconnect with the media and its misunderstanding or lack of comprehension when it comes to homelessness at Venice Beach.

I have lived about 200 yards from the boardwalk since March of 1993 and homelessness has always been a part of the Venice equation.

A small population of those who resided outside, and gathered around the boardwalk during the day, found other places to sleep at night.

Many had cars and RV’s that parked at the beach and used facilities like the boardwalk’s showers and restrooms and lived what can be regarded a hard and difficult life.

In many cases, these people were male adults who chose to live on the streets, and the faces were recognizable for the most part friendly, despite their current condition.

Since Councilman Mike Bonin’s arrival as an elected official and the proliferation of homelessness on the streets of Venice over the last three years in particular, Bonin has supported premises and suppositions that have failed and failed miserably.

First is the idea that homeless individuals have a right to live on the streets, not seek rehabilitation and turn down housing opportunities that are outside of Venice’s borders.

Bonin believes no matter what your status, resident, non-resident, one in need of rehabilitative services all have a right to remain on the streets because Venice is there home!

It is an illogical and unworkable premise to believe that because someone is at the beach, they are somehow entitled to a free apartment that makes housing the homeless economically unfeasible and astronomical in cost and construction.

Bonin and his supporters believe that homeless drug addicts, transients and in many cases criminals are entitled to housing in one the most expensive locales in LA County. He refuses to discuss the data which indicates roughly half of those on the streets have some alcohol or drug dependency and getting clean and sober is not a prerequisite for assistance.

Bonin by his inaction sees no problem with the amount of the encampments at the boardwalk and continues to tell anyone who listens that the problem is getting worse and that acceptance of this condition is mandatory.

More disturbing is his general attitude and belief that those who fundamentally disagree with his failed initiatives, that you are anti-homeless, a racist and a NIMBY.

But shouldn’t everyone work from the place we are all “anti-homeless” and that this condition can be changed and solved?

Mr. Bonin does not accept that notion and his overall temperament and disregard for those who live, work, own a home or rent here is one of contempt for those he intentionally does not represent as constituents and continues these Machiavellian, “divide and conquer” tactics that have brought us to the place we are today.

For when was the last time he has come to Venice to engage residents he disagrees with that demand to be acknowledged?

It is not a coincidence that his failed homelessness initiatives like bridge housing and continued attempts to force upon Venice purchased hotels and other piece meal and patch work proposals that in fact have made Venice a “containment zone” which he also fails to recognize.

There is a reason that many former supporters are now gathering signatures in yet a second recall attempt despite the fact his term of office ends in 2022.

In 2019 the Venice Neighborhood Council published a community survey in which Mr. Bonin has a 75% disapproval rating with the some 800 or so Venice respondents who participated and in 2020 that same council issued a vote of “no-confidence” of his performance as an elected official where his annual salary is nearly $300,000 excluding health and pension benefits.

Mr. Bonin earns more as an elected official then Speaker Nancy Pelosi, every member of the US Congress and every governor in all fifty states, including Governor Gavin Newsom!

Yet Bonin’s basic tenor is that he refuses to acknowledge his own failures and refuses to work with those who live here because they find his actions ineffective and his words empty.

Now we have a councilman from another district (Joe Buscaino) coming to Venice as a mayoral candidate to at least recognize these failures, but where is Mike?

We have a Sheriff (Alex Villanueva) willing to get people off the streets yet Bonin would rather attack him and his approach to public safety and law enforcement when the worst kept secret in Venice is the fact Mike Bonin has hand-cuffed LAPD and the Pacific Division specifically from enforcing the law and this city government has watched this moral debacle spin out of control in the midst of this COVID-19 pandemic and using this situation and abusing CDC guidelines as an excuse not to disrupt any of the encampments which exist today here in Venice.

Now Bonin calls for the appropriation of $5,000,000 to address the homeless crisis at the boardwalk where hundreds are living in the worst of conditions as tourists and visitors are in shock that these conditions can exist in one of the richest places on earth.

But will more money really change anything?

If it took $9,000,000 to purchase the Ramada Inn to house thirty-three (33) individuals, what will $5,000,000 solve to get the hundreds inside and bring the boardwalk back to its rightful state as a tourist destination and no longer a homeless venue?

The “kid gloves” approach and continued coddling of an elected official is strange and indeed disappointing.

Where is it written that Mike Bonin must be protected from the scrutiny and criticism he deserves as the single most important reason why the boardwalk is in the shape that it is in and that he has an overwhelming lack of support from residents and the people who live here who must endure these conditions?

How many buildings must burn to the ground and how much crime must explode out of control when the media will report the truth that Mike Bonin doesn’t get it and never will?

You do your readers and the residents of Venice little service by trying to “prop-up” a fundamentally flawed and failed individual as the source for results he has failed to provide over his terms of office and in particular the last 36 or so months representing Venice.

For unless you’re a service provider who has little interest in solving the homeless question or you believe the status quo created by Mike Bonin is the answer, who believes at this juncture he has any ability to lead or govern?

He is clearly leading from the back of the line and those of us inside and out are feeling the pain and the decimation of a quality of life that has been robbed because the inmates are now running the asylum.

The author is a member of the Oceanfront Walk, Outreach, and Parking & Transportation committees of the Venice Neighborhood Council (www.venicenc.org) and can be reached at (310) 621-3775 or nantoni@mindspring.com

By Yo! Venice Contributor June 15, 2021
in Opinion
Related Posts