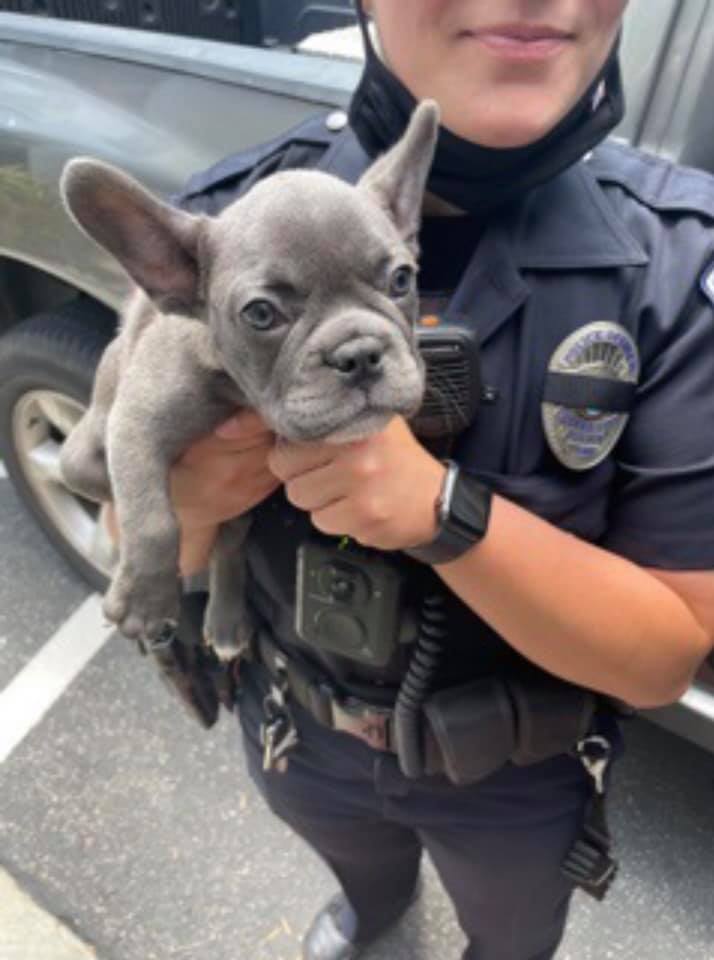 Puppy returned unharmed after being stolen May 12

A traffic collision, drones and a foot-chase were involved in Culver City police’s recovery of a stolen French bulldog puppy.

According to the Culver City Police Department (CCPD), on May 12 around 7:00 p.m., an armed robbery occurred in the 6000 block of Canterbury Drive. Prior to the robbery, the victim had posted an advertisement on a social media site, listing his French Bulldog for sale, and agreed to meet the suspect in the 6000 block of Canterbury Drive to conduct the transaction, police say.

“The victim met with the suspect who asked to see the dog. When the victim placed the dog in his trunk area for the suspect to view, the suspect removed a semi-automatic handgun from his waistband, grabbed the dog from the victim’s trunk, and fled on foot,” CCPD said in a press release.

On May 15, around 11:45 a.m., CCPD detectives observed the suspect leaving a residence in the Fox Hills Area of Culver City.

“The suspect, who was holding a gray French Bulldog, entered a nearby vehicle and drove away. Culver City Police Officers attempted to stop the vehicle, and a short vehicle pursuit ensued. The pursuit ended when the suspect collided with another vehicle near Bristol Parkway and Slauson Ave,” the CCPD said.

According to the CCPD, the driver and sole occupant of the uninvolved vehicle was not injured.

The suspect fled the scene of the traffic accident on foot, and a perimeter was established in the area.

“A perimeter search was conducted utilizing a Culver City Police Drone Team and other resources,” the CCPD said.

Around 2:45 p.m., the suspect was located and arrested for Armed Robbery and the French bulldog was also located unharmed and returned to its rightful owner.