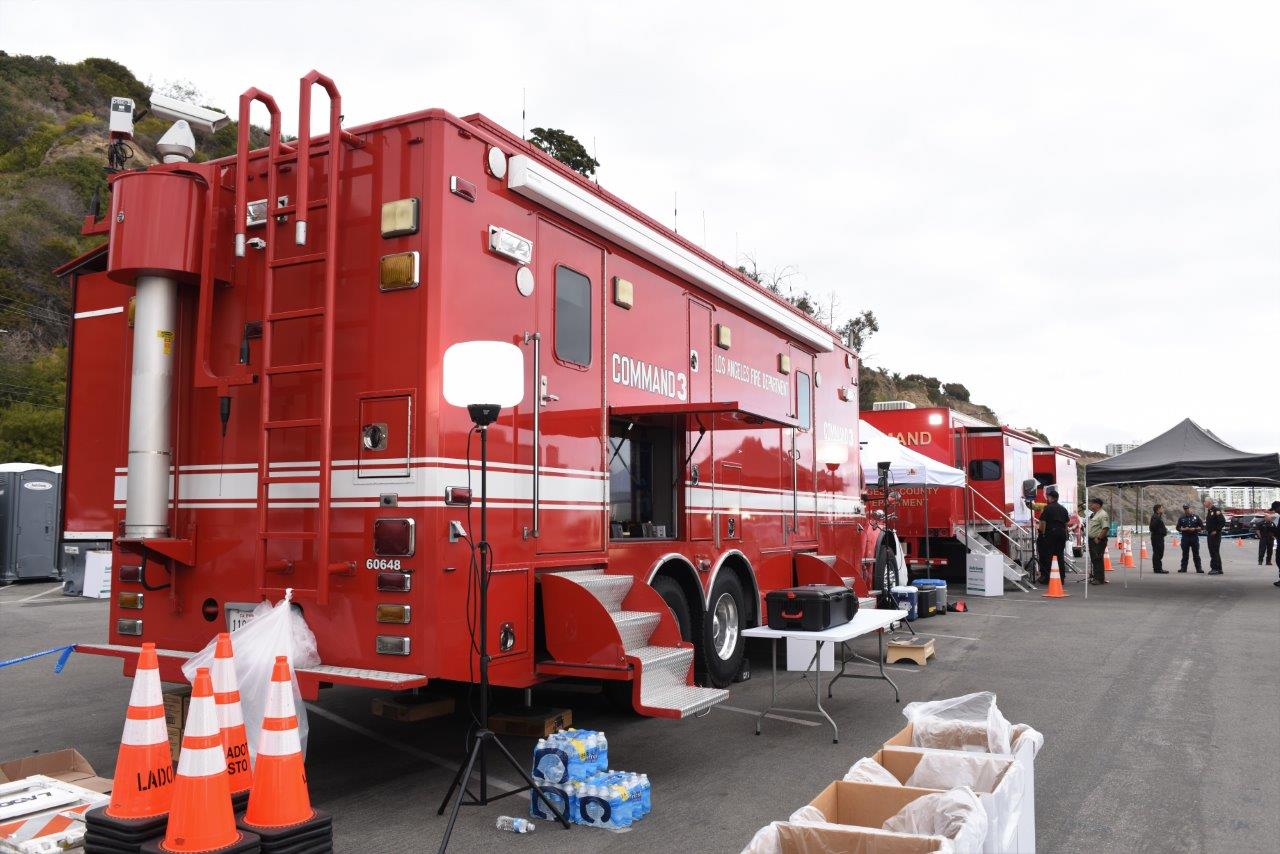 Using the Will Rogers beach parking for housing “will reduce firefighting capacity and exacerbate already dangerous conditions,” says the Pacific Palisades Community Council (PPCC) as firefighters use the parking lot for a command post combating the Palisades Fire.

The fire-dubbed the Palisades Fire–broke out Friday night in the area near the Palisades Highlands, likely the result of a male arson suspect who has been arrested. As of Monday 5 p.m., 1,325 acres have burned as the fire is at 23 percent containment.

No structures or civilian injuries have been reported, though one firefighter sustained a minor injury. Parts of unincorporated Topanga were under mandatory evacuation orders, which have no been lifted starting 6 p.m. Monday. Areas of Pacific Palisades are under an evacuation warning that is still in effect.

The Los Angeles Fire Department (LAFD) along with the Los Angeles County Fire Department, CalFire and other agencies have been using the south end of the Will Rogers State Beach parking lot as a staging area for the incident. The same parking lot was recently included among a handful of public spaces across the Westside under consideration for a temporary homeless shelter in a proposal from LA City Councilmember Mike Bonin. The motion passed last Friday out of City Council’s Homelessness & Poverty Committee, kickstarting a feasibility study.

The Pacific Palisades Community Council–an advocate for the community to government and private agencies–sent a letter to Bonin and other officials over the weekend saying the use of the parking lot for housing would reduce first responders’ ability to combat fires.

“The dangerous Palisades Fire…has put this matter into stark relief for the Palisades community. Under no circumstances should public officials entertain the idea of sanctioning homeless habitation at Will Rogers State Beach (WRSB) or any of our nearby fire-prone areas,” the PCCC wrote. “Reducing the capacity in the WRSB parking lots for critical life and property saving activities would have a devastating impact on the Palisades community and the wider region. Our community is at acute risk of wildfires. Homeless individuals regularly set fires on our beaches and in nearby bluffs areas. The Los Angeles Times reported last week that fires in homeless encampments have nearly tripled in the first four months of 2021.”

“As noted, a huge wildfire started in Pacific Palisades this weekend, quickly spread to hundreds of acres and resulted in mandatory evacuation orders for 500 homes in the nearby Topanga State Park area. The WRSB parking lot is now serving as a command post and critical staging area for firefighting personnel and equipment, as is typical during major fire events. Palisadians justifiably fear that the introduction of sanctioned homeless habitation at WRSB – and the additional unsanctioned habitation that will inevitably be drawn to our area as a result – will reduce firefighting capacity and exacerbate already dangerous conditions.”

Among the other locations earmarked for potential shelter sites include parking lots at Fisherman’s Village and Dockweiler Beach, unspecified space at Mar Vista and Westchester recreation centers and a private parcel in Del Rey.

Bonin’s office, when asked if the Councilmember still supports the possibility of bringing housing to the Will Rogers beach parking lot, provided the following statement: “As Councilmember Bonin has said repeatedly since first proposing the motion asking for feasibility studies to be done at sites throughout the Westside, while no location that is being assessed is ideal and he is open to any other suggestions, the urgency of the crisis on our street demands action. There is not a specific proposal yet to support or oppose – that will only happen after the feasibility analysis, which will determine things like how much space in the parking lot would need to be used (and if the site would affect LAFD’s ability to stage a command post there).”

For more information about the Palisades Fire, including changes to evacuation orders and warnings, visit LAFD.org/news/palisades-fire