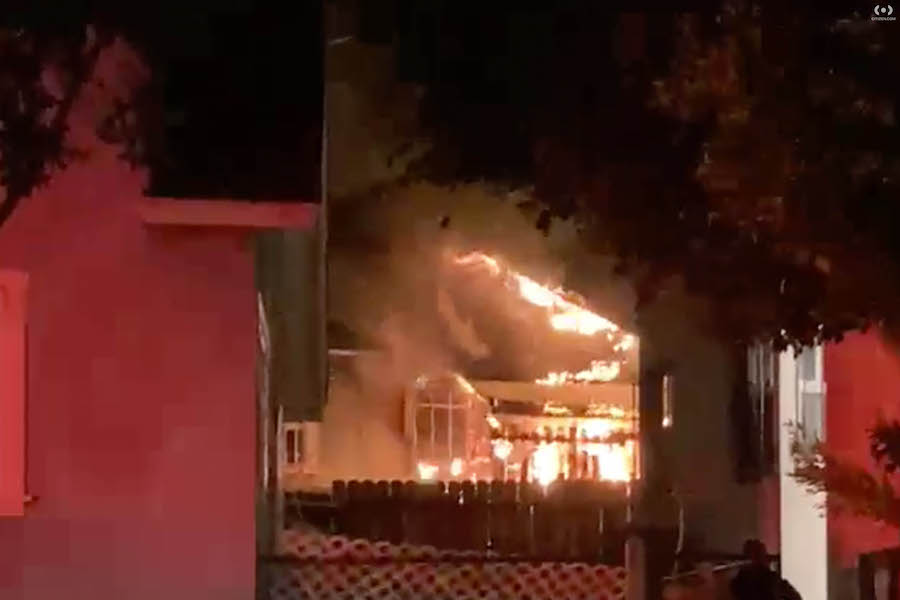 A dog died in a fire that broke out in an early 20th-century Venice bungalow early Tuesday morning.

According to the Los Angeles Fire Department (LAFD), the incident was reported at 3:37 a.m. at 131 E Clubhouse Avenue in a two-story bungalow on a raised foundation. 26 firefighters extinguished the fire in 18 minutes, the LAFD stated.

No human injuries were reported, however, LAFD spokesperson Brian Humphrey says that a family dog did pass away.

The LAFD has no further information about the cause of the fire at the time of publishing. Humphrey said that an arson investigator has been assigned, though noted that this is standard protocol for such incidents.

The LAFD reported that two power poles were impacted by the fire. According to the Department of Water and Power, as of 11 a.m. Wednesday there are no power outages in the area.