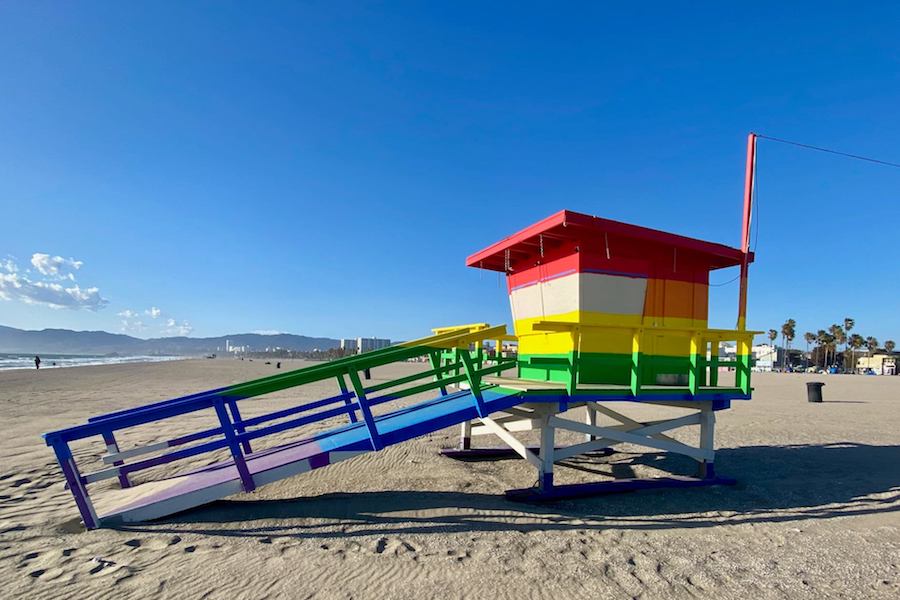 Fresh coat of paint ahead of Pride Month

The Venice Pride Flag Lifeguard tower gets a fresh coat of paint and a bit of a facelift just in time for Pride Month.

The tower, located North of the skate park at the end of Brooks Ave was built and then unveiled on June 1st, 2017 by Venice Pride, a nonprofit organization dedicated to serving the needs of the LGBTQ+ community and painted by Venice Pride board members.

Over the years the once bright and vibrant lifeguard tower began to fade due to weather and lack of upkeep.

Thanks to the efforts of Richard Martinez and his crew from Beaches and Harbors Los Angeles County the tower has been restored to its original glory just in time for this years Pride Month in June.

This comes just over a week after the Long Beach Lifeguard tower, painted the colors of the rainbow flag, burned to the ground.

The tower, on the beach bike path between 12th and 13th Places, was already “fully engulfed” in flames by the time firefighters arrived shortly around midnight on March 23rd.

That fire is still under investigation but many, including Long Beach Mayor Robert Garcia, have speculated an act of hate.

In a statement Long Beach Mayor Robert Garcia, who also identifies as gay, stated “The tower served as a symbol of our strong support for the diversity within our ranks and the LGBTQ community who call Long Beach home.” He added, “To whoever committed this act, just please know that, one, you are not welcome in our community,” he said. “And two, that we will rebuild the lifeguard station, brighter, gayer, and bigger than it was before.”

Plans are already in the works to get a new rainbow-colored lifeguard tower built.

It will be built by Industrial Design Research, Inc. and is expected to be delivered in about six weeks though it typically can take several months to produce one, according to a statement from the city.

According to a Facebook post Venice Pride has donated $500 to The LGBTQ Center Long Beach to support Long Beach Mayor Robert Garcia and the Long Beach Fire Department to rebuild the new tower.

LAPD investigating September 16 incident By Dolores Quintana and Sam Catanzaro Katrina Schmitt, one of the leaders of the Recall...

No injuries reported in Monday afternoon incident By Sam Catanzaro LAFD crews put out a house fire that broke out...

Is Cash Coming Back for the Big Blue Bus?

Darwin Dantzler, 39, arrested Wednesday By Sam Catanzaro An Inglewood man was arrested this week in connection to a Playa...

LAPD searching for suspect in connection to Saturday night incident By Sam Catanzaro Police are searching for a suspect wanted...

Local news and culture in under 5 minutes. * Venice Beach Boardwalk Clear of Encampments, Will It Stay That Way?...

August 20 incident remains under investigation By Sam Catanzaro Police have released footage of a vehicle wanted in connection to... 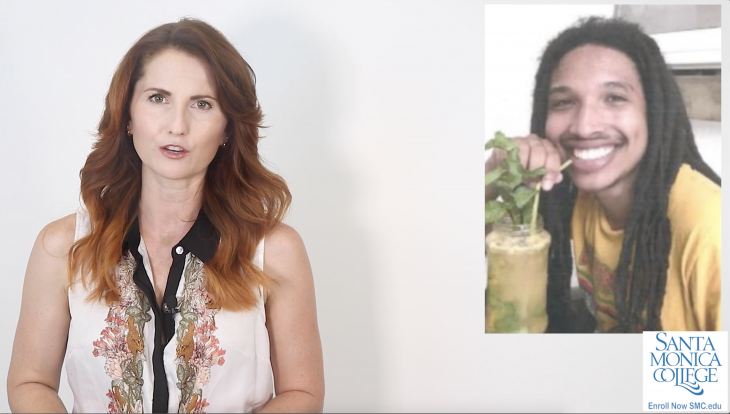 Okra is one yummy veggie and I didn’t know about it until now! Today we learn how to cook Okra...