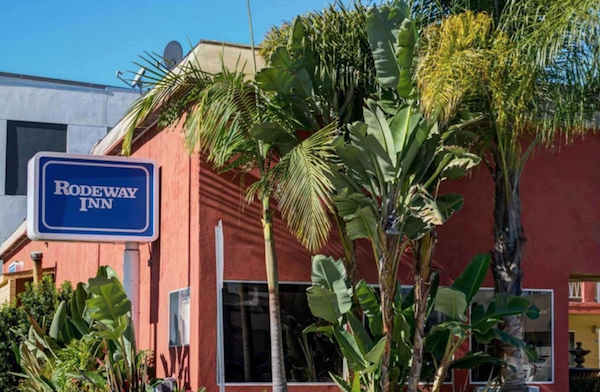 Federal prosecutors have signed an agreement with The Rodeway Inn Near Venice Beach  for non-compliance with various provisions of the the Americans with Disabilities Act (ADA).

On Monday, the United States Attorney’s Office announced that it has signed agreements with 27 hotels across Southern California to resolve investigations pursuant to the Americans with Disabilities Act (ADA). Among those hotels is the Rodeway Inn Near Venice Beac located at 11933 Washington Boulevard.

According to prosecutors, the agreements were finalized over a one-year period that began last April and concluded Monday with the 27th agreement.

“After federal investigations into the hotels revealed non-compliance with various provisions of the ADA pertaining to “public accommodations,” the various hotels agreed to remedy the violations, with some agreeing to stop the illegal practice of charging more for accessible rooms – a “disability tax” of up to $25 when compared to similar non-accessible rooms,” the United States Attorney’s Office said.

The hotels that have entered into settlement agreements with the United States Attorney’s Office are:

In addition, ten entities have signed letters of resolution and agreed to come into compliance with the ADA. They are:

“It is unfair and illegal for private entities that own or operate public accommodations such as hotels to discriminate against people with disabilities,” said Acting United States Attorney Tracy L. Wilkison. “I commend the hotels in this district that have demonstrated their commitment to ensuring full access for persons with disabilities by cooperating in our investigations and by agreeing to comply with the ADA.”