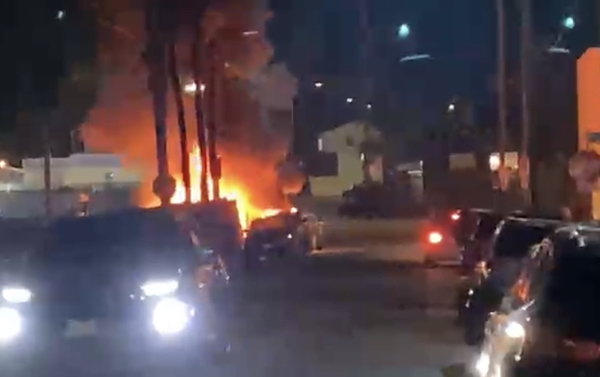 Fourth encampment-related fire in a week

Two vehicles were among the property damaged in a Venice tent fire early Friday morning, the area’s fourth homeless-related blaze the past week.

According to the Los Angeles Fire Department (LAFD), the fire was reported around 5:30 a.m. on Friday in the area of Sunset Avenue and Main Street, near the A Bridge Home shelter.

The cause of the fire, which damaged two vehicles and several tents, remains under investigation.

The blaze is the fourth homeless-related fire to break out in the Venice-area the past week, following two encampment fires last Sunday and a large brush fire at the Ballona Wetlands that began near an encampment.

The flurry of such fires is not new to the Venice-area, as six homeless-related fires were reported in less than a month between September and October 2020. In the wake of those fires, some of which were believed to be arson, Los Angeles City Council passed a motion last fall calling for a $25,000 reward for information leading to the identification, apprehension and conviction of the person or persons responsible for any acts of arson in Venice starting in September 2020.

In addition, a January 12 Ocean Front Walk fire saw a blaze that began at a homeless encampment spread to a neighboring vacant building, engulfing the structure in flames.