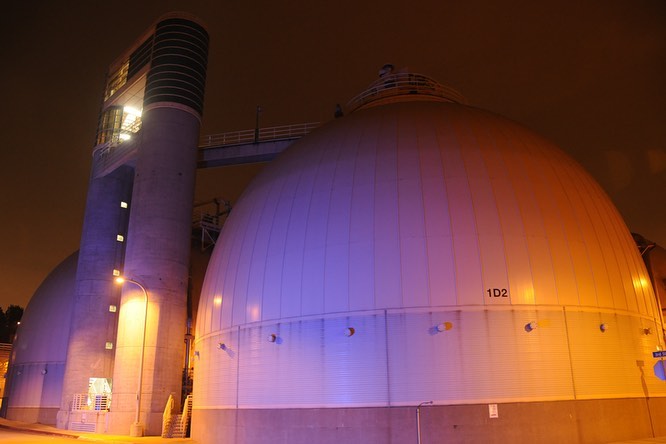 An longtime employee of a mechanical contractor working at Hyperion Water Reclamation Plant was the victim in a fatal accident last week.

According to the Los Angeles Fire Department (LAFD), the incident occurred around 12:30 p.m. March 8 at the City of Los Angeles-operated plant when a 43-year-old male worker fell around 25 feet to the bottom of a 15′ by 15′ “pit-like confined space that was mostly dry, with a small amount of moisture at bottom.”

Despite bystander CPR and continued care by 47 LAFD responders–including Urban Search and Rescue personnel specially trained, equipped and certified to perform confined space rescues– the man was pronounced dead on the scene by the Los Angeles County Department of Medical Examiner-Coroner.

According to the Coroner, the victim was 43-year-old José Perez. In a statement to Engineering News Record Calfornia, Murray Co.– a Rancho Dominguez-based mechanical contractor–said Perez was one their employees working at the plant.

“[He] was in the process of securing a lid on top of a below-grade concrete tank and during that process [he] fell,” Jim DeFlavio, company president and CEO, told Engineering News Record. “We are devastated by the loss of our employee, who has been an important part of our Murray company family since 2002,”

DeFlavio was unable to release any further information on the incident including whether or not Perez was wearing appropriate safety equipment.

California’s Occupational Safety and Health Administration is investigating the incident and will release more information later this year once the probe is complete.

Murray Co. has worked for the City Los Angeles in the past, including in 2010 at Hyperion Water Treatment Plant when the company was contracted to and completed a mechanical piping project. The company, which reported around $370 million in 2019 revenue, has also done work at LAX, Westfield Century City, Santa Monica’s Water Garden, Getty Villa, the West Los Angeles Veterans Affairs Medical Campus.