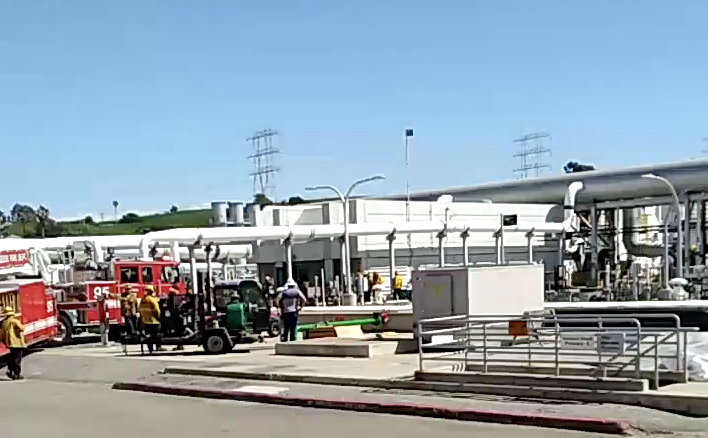 A worker at the Hyperion Water Reclamation Plant in Playa del Rey died after falling over 20 feet into a confined space.

According to the Los Angeles Fire Department (LAFD), the incident occurred around 12:30 p.m. Monday when a 43-year-old male worker fell around 25 feet to the bottom of a 15′ by 15′ “pit-like confined space that was mostly dry, with a small amount of moisture at bottom.”

Despite bystander CPR and continued care by 47 LAFD responders–including Urban Search and Rescue personnel specially trained, equipped and certified to perform confined space rescues– the man was pronounced dead on the scene by the Los Angeles County Department of Medical Examiner-Coroner. The man’s identity has not yet been announced.

The city Department of Sanitation, the plant’s operator, has yet to say what the worker’s affiliation was. In addition, the details about the confined space the man fell into has not been announced.

The circumstances of the death remain under investigation. Cal-OSHA, the stage agency which investigates workplace accidents, has been notified as well.