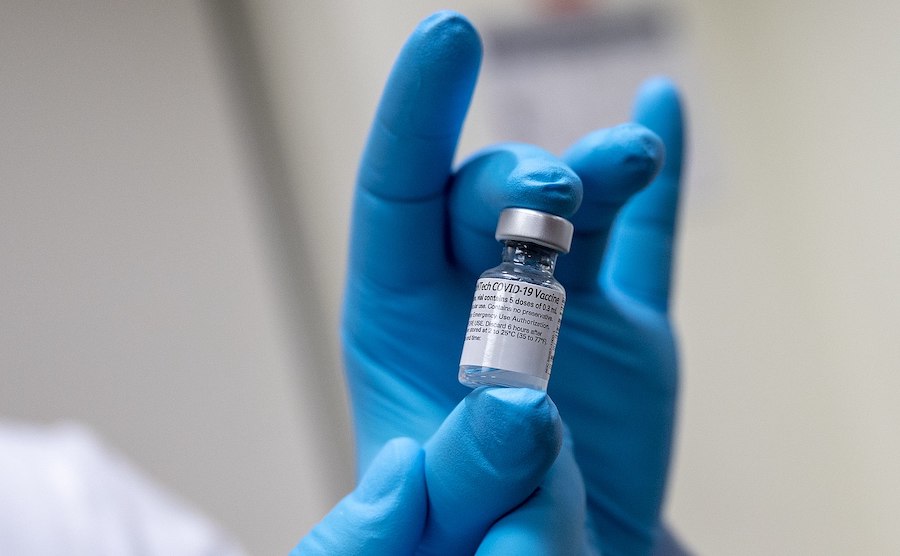 It may have been the biggest bait and switch event ever perpetrated in  California, affecting the vast majority of the state’s 6 million-plus senior citizens, people aged 65 and up. So far, there has not even been an apology from Gov. Gavin Newsom’s administration, which was responsible.

If this had been an inside job aimed at stoking the current recall petition drive against Newsom, it could not have been carried out more effectively.

Here’s what happened: On a Wednesday afternoon in mid-January, the state Department of Public Health issued a press release announcing in bold black letters that “Seniors 65+ Now Eligible to Receive COVID-19 Vaccine…” Except most were not.

It’s the latest of many embarrassments for Newsom’s two-year-old administration, accused by recall organizers of being grossly incompetent and hypocritical. There have been the $8 billion heist from the state unemployment department, Newsom’s attendance at a too large and too unmasked Napa County dinner with lobbyists, and more.

But this incident affected by far the most Californians. Less than an hour after the health department notice went out, long before television stations and all the state’s newspapers headlined the alleged large expansion of vaccinations, cyber links to a pharmacy vaccination scheduling website began circulating among many tens of thousands of seniors.

The site offered appointments to get vaccinated at pharmacies in dozens of Ralph’s grocery stores, owned by the national Kroger chain. Except no seniors ended up vaccinated in most counties. It was, for the most part, baloney.

Here’s the state health department’s explanation, from spokesman Darrel Ng: “The announcement is that when counties are done with the first phase of vaccinations (for health care workers and nursing home residents), they should vaccinate people over 65 next.”

Except the press release did not mention counties. And while three counties – Orange, Riverside and Stanislaus – actually did begin serving some over-65 residents, that did not happen in most of the state. The bait and switch was most egregious in Los Angeles County, home to more than 1.6 million seniors.

The pharmacy website was soon swamped, handing out thousands of appointments. Large numbers of seniors went to bed that night thinking they now knew where their isolation from the coronavirus plague would begin to end and life could begin returning to normal. It was a big relief for most.

Except that when the “lucky” folks who scored appointments for the next day showed up, almost all were turned away, pharmacy persons explaining they were still vaccinating only health care workers. Other seniors received emails canceling appointments and telling them to stay away.

It turned out Kroger executives reversed earlier corporate decisions to follow the state directive and vaccinate individuals over 65, deciding instead to follow local health officials’ guidelines to the contrary.

It was a classic bait and switch, leading thousands to believe they would soon have the item most coveted these days by many Californians, but giving them nothing. This was caused almost purely by the Newsom administration’s decision to issue that press release.

Many seniors took this as a new sign of the governor’s supposed incompetence. Spokesman Ng said he could not say who wrote the press release and who authorized sending it. Lines of responsibility remain unclear.

But many people’s anger was directed at Newsom, the front man for state government, who refused several requests to discuss the widespread confusion and frustration. “The guy looks like he’s in over his head,” said one 72-year-old Los Angeles man.

Newsom press secretary Jesse Melgar did not respond to queries about how his boss plans to assuage the frustration his administration created. Would Newsom, for example, use emergency powers to order that pharmacies and mass vaccination sites start serving senior citizens, as his administration promised? Would he apologize for the bait and switch, as he did for his attendance at that Napa dinner with his lobbyist pals?

Instead, other than referring questioners to the health department, the governor’s office said nothing.

Which leaves senior citizens as frustrated as they have been at any time in the 10-month California lockdown and Newsom more vulnerable than ever to recall this year or reelection defeat in 2022.

By Yo! Venice Contributor January 26, 2021
in News, Opinion
Related Posts