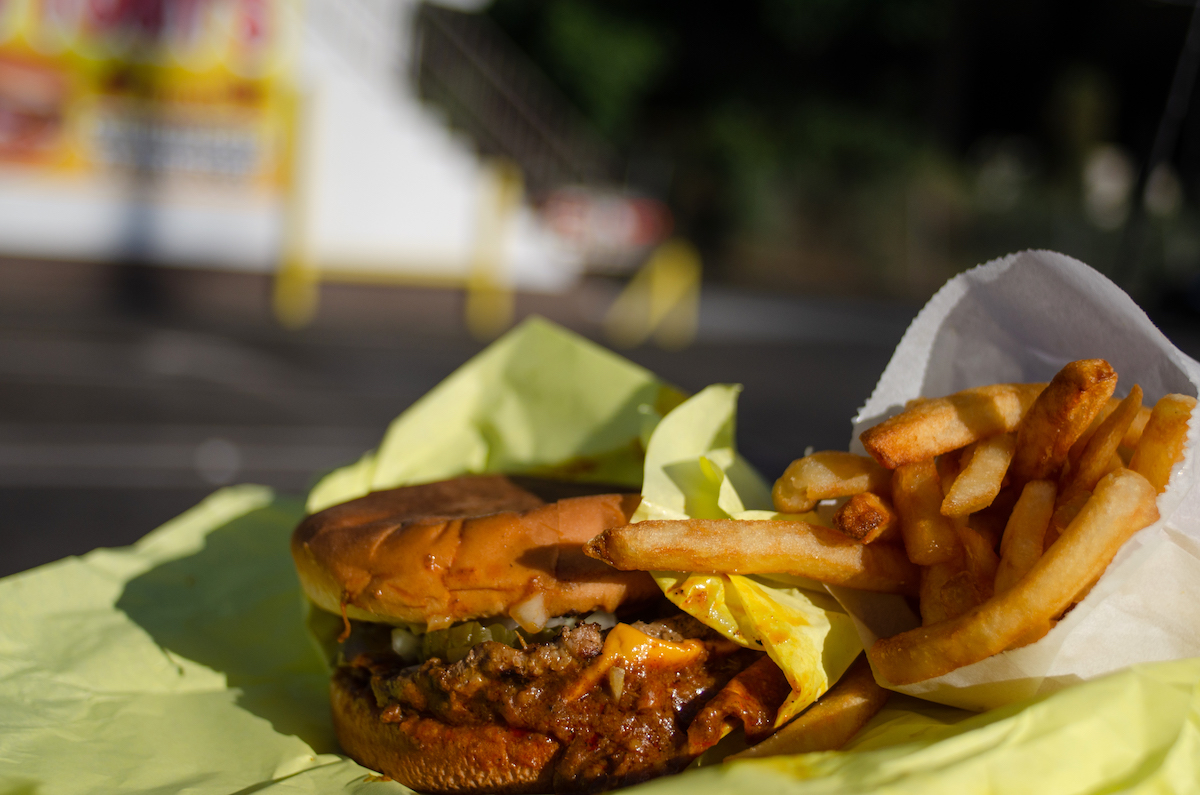 A longtime Westside chili cheeseburger institution reopened recently after a 2018 fire, and despite better options in the area, this holdover from a previous era still churns out a burger worth biting into if one finds themselves stuck in traffic on Pico Boulevard.

On April 6, 2018, a fire ripped through the kitchen of Big Tomy’s. Before this disaster, the restaurant–located on the corner of Pico and Sawtelle boulevards–had been serving hungry Westsiders 24/7 for 35 straight years. An “opening soon” sign remained hanging on the window for over two years before the restaurant finally welcomed back diners on October 15 of this year.

Despite considering myself well-versed in the local burger scene, I had never gone to Big Tomy’s before pulling off of traffic on Pico Boulevard this week for a late lunch. Sticking to basics, I ordered a chili cheeseburger and fries. The bill was just under $10, which is impressive for the Westside. A few minutes later my food was ready. Due to the pandemic, the outdoor patio was closed so I used the hood of my car as a table and bit in.

The patty itself is nothing to write home about, reminiscent of burgers served at a country club’s poolside restaurant. The chili, however, takes the burger up a few notches. Often chili burgers suffer from messiness, but at Big Tomy’s the simple yet tasty chili acts more like a thick sauce. This both keeps shirts clean and also allows the taste of the patty to still be present. Whereas many chili cheeseburgers taste just like chili between buns, Big Tomy’s allows the patty and chili to complement each other. These components by themselves are nothing special but come together for a solid burger.

No matter how well-constructed a chili cheeseburger is, there will be some spillage and this is where the fries enter the scene. Big Tomy’s boast some top-notch fries to get the important job of sopping-up-the-chili done. The fries–piping hot, crispy yet not overly greasy–were one of the highlights of the meal when utilized to clean up the spilled chili, cheese and bits of burger off the wrapper.

While there no doubt better burgers on the Westside. Big Tomy’s is worth going to if you are in the area and need a quick bite. Places like The Window in Venice and The Apple Pan just east on Pico may top Big Tomy’s when it comes to the no-frills burger, but the addition of chili and taste of nostalgia will keep it in my burger rotation.