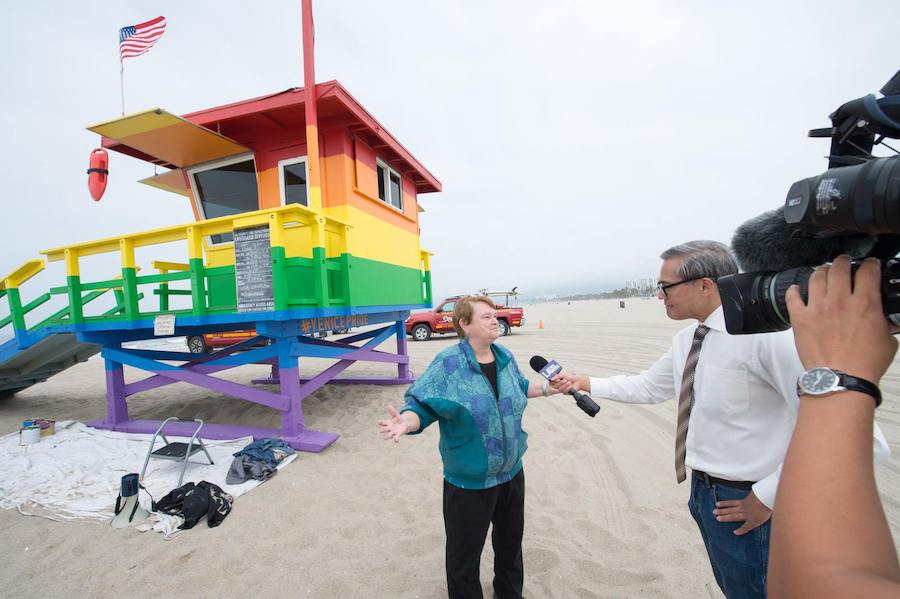 LA County Supervisor Sheila Kuehl, who represents Venice, ate at a local restaurant just hours after voting to ban outdoor dining and saying doing so is “probably more dangerous in terms of contagion than any other kind of business.”

On Tuesday, November, 24 Kuehl along with two other Supervisors voted to suspend outdoor dining for three weeks in Los Angeles County due to rising COVID-19 cases. The ban passed with a 3-2 vote.

“Outdoor dining is probably more dangerous in terms of contagion than any other kind of business,” Kuehl, a Santa Monica resident, said at the Tuesday meeting. “The servers are not protected from us, and they’re not protected from their other tables that they’re serving at that particular time, plus all the hours in which they’re working.”

That evening, however, Kuehl ate outside at Santa Monica restaurant Il Forno, as confirmed by Barbara Osborn, Director of Communications for the Supervisor.

“Supervisor Kuehl did dine al fresco at Il Forno on the very last day it was permissible. She loves Il Forno, has been saddened to see it, like so many restaurants, suffer from a decline in revenue. She ate there, taking appropriate precautions, and sadly will not dine there again until our Public Health Orders permit,” Osborn said.

Under the Board of Supervisors vote–in effect until December 17–restaurants, breweries and wineries may only offer food and beverage via take-out, drive-thru or delivery. This comes as a blow to many restaurants who found outdoor dining a saving grace. For some restauranteurs, like the owner of The Farm of Beverly Hills Kelli Cotton, the end to outdoor dining has forced layoffs.

“We are laying off about 70 percent of our staff,” Cotton said. “It will mean we will lose money but we just want to make it through.”

“We are very disappointed in the fact that there is not some sort of stimulus or assistance coming through from our government to help us weather the storm. We want to do our part, we don’t want to be bad citizens to each other, but it is going to make it really really hard,” Cotton added.

In a gesture that acknowledges the hardship faced by many of their constituents, several local lawmakers have volunteered to take pay cuts throughout the pandemic. On the Westside, these include Santa Monica City Councilmember Sue Himmelrich who forgave her $29,000 salary, Santa Monica City Manager Lane Dilg who is taking a 20 percent reduction from her over $300,000 salary and Los Angeles City Councilmember Mike Bonin who took a 10 percent pay cut from his roughly $200,000 salary. Supervisor Kuehl, when asked if she took a pay cut from her $210,00 salary, said no citing the county’s budget and lack of control over her pay.

“Unlike many cities in the County, the county budget position is relatively strong,” Kuehl said. “The County had a very healthy rainy day fund that helped us close the deficit in 19-20 and hopefully again in 20-21. We have not had to require layoffs or pay cuts from any of our staff, all of whom are working many extra hours to meet this health crisis, as am I. County budget allocations are determined through our annual budget process and cuts are made equitably and thoughtfully. Supervisors’ salaries are set by the state, not the County.”