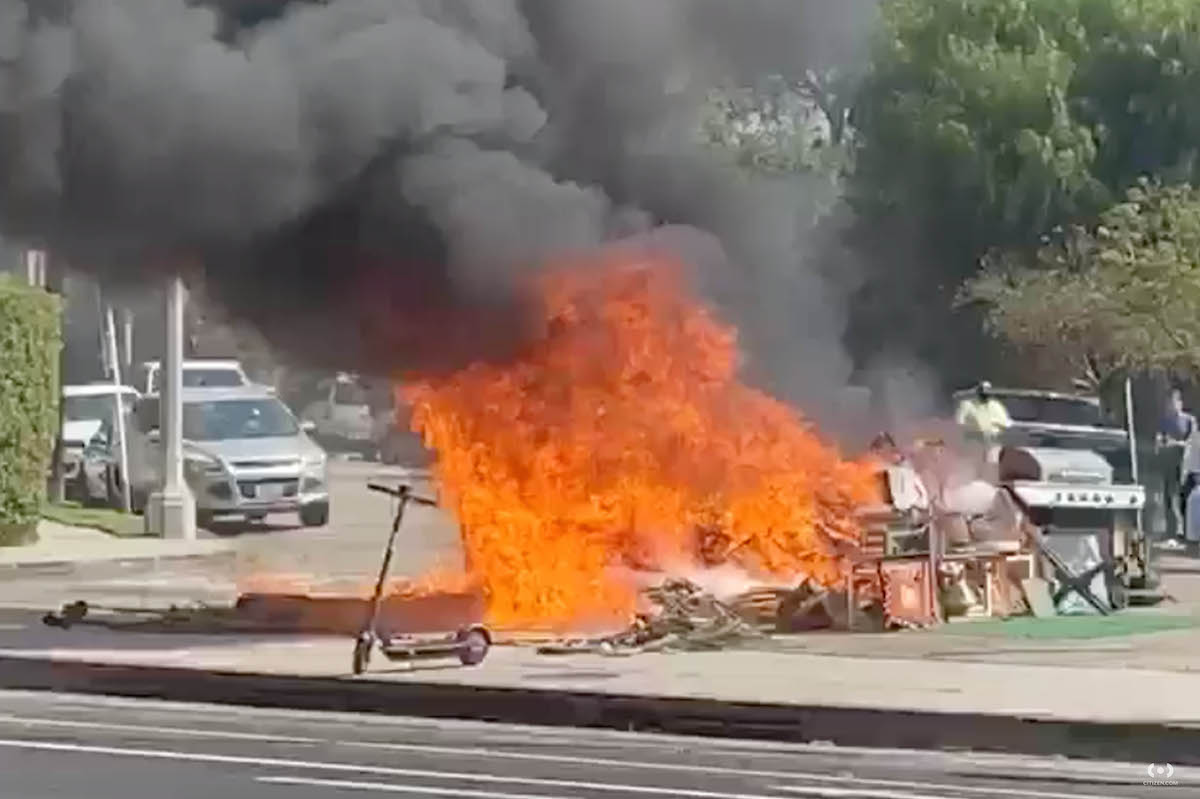 A Venice homeless encampment went up in flames Tuesday, one of several such fires to break out in the Venice-area the past month.

According to the Los Angeles Fire Department (LAFD), the fire–described by the Department as a “rubbish fire”–as was reported around 1 p.m Tuesday on the triangle median at the 500 block of Venice Boulevard.

No injuries were reported. Arson is not suspect, the LAFD says.

This marks at least the sixth fire that has occurred at a Venice homeless encampment in the past month dating back to September 14 when a fire was reported around 6 a.m. on the 900 block of Rose Avenue near Penmar Golf Course.

On September 15, the LAFD put out a tent fire on the 300 block of Sunset Avenue, near Gold’s Gym.

Also on September 17 a fire broke near Penmar again, this time in an RV.

On September 25, there was an encampment fire on 300 block of 3rd Avenue near Rose Avenue.

In the wake of these fires, some of which are believed to be arson, Los Angeles City Council passed a motion calling for a $25,000 reward for information leading to the identification, apprehension and conviction of the person or persons responsible for any acts of arson in Venice starting in September 2020.

An arrest has been made by the Los Angeles Police Department (LAPD) in connection to the September 17 Ocean Front Walk fire, according to the motion. Yo! Venice has reached out to the LAPD for more information surrounding this arrest.

The City Council motion passed on September 29. Mayor Eric Garcetti has until October 9 to sign it.

By Yo Venice Staff October 7, 2020
in News
Related Posts