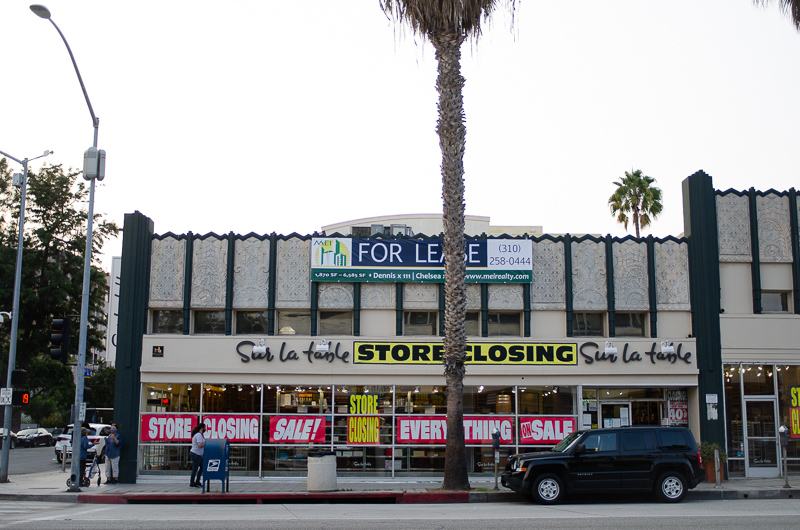 Sur La Table is closing its Santa Monica location, marking the end of the popular kitchenware retail chain’s presence on the Westside.

In addition to the ample signage announcing the forthcoming closure and associated clearance sale, MEI Real Estate Services has listed the building housing the culinary store at 301 Wilshire Boulevard as available for lease.

In June, Sur La Table was served a five-day notice to pay rent or quit the premise. The notice listed the total amount due as $201,060.01 and listed the base rent for the property as $59,618.68 per month. It appears the store paid its dues as it has continued to operate in the months since.

These moves come as Sur La Table is closing more than half of its 121 locations across the U.S. after the company filed for Chapter 11 bankruptcy protection, leaving just 55 locations remaining.