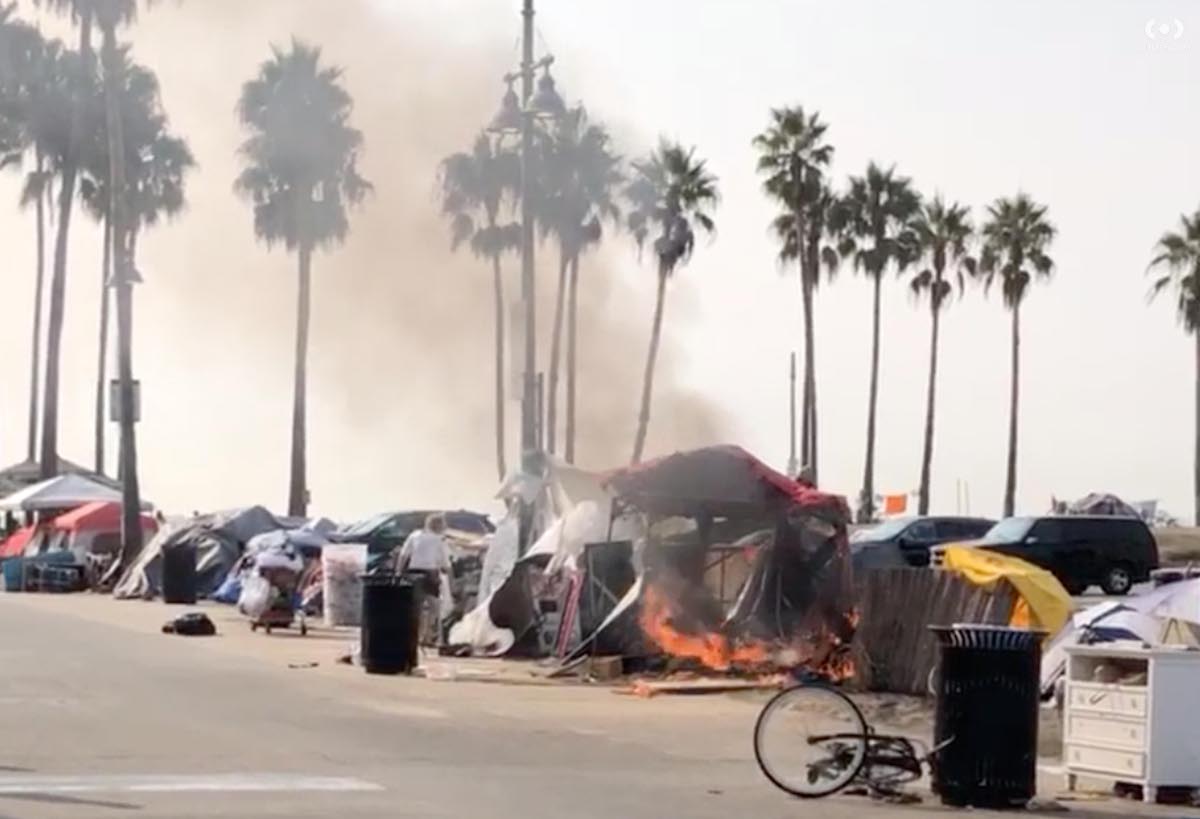 A fire broke out at a Venice Beach encampment Thursday morning after a homeless individual set another homeless person’s tent on fire.

According to the Los Angeles Fire Department (LAFD), firefighters responded to the area of 300 Ocean Front Walk to reports of a rubbish fire.

Upon arrival, crews discovered “what appeared to be a homeless encampment,” said LAFD pubic information officer Brian Humphery, with tents on fire.

According to the LAFD, crews quickly extinguished the fire. No injuries have been reported.

According to the LAPD Pacific Detective Division, the incident “involved two transients”. Police say one individual set another individual’s tent on fire. Detectives stated that LAFD Arson investigations are currently investigating the incident.

The fire marks the third encampment fire in Venice this week. On Monday morning, a tent went up on flames on Rose Avenue next to Penmar Golf Course. On Tuesday morning the LAFD put out a tent fire on the 300 block of Sunset Avenue.