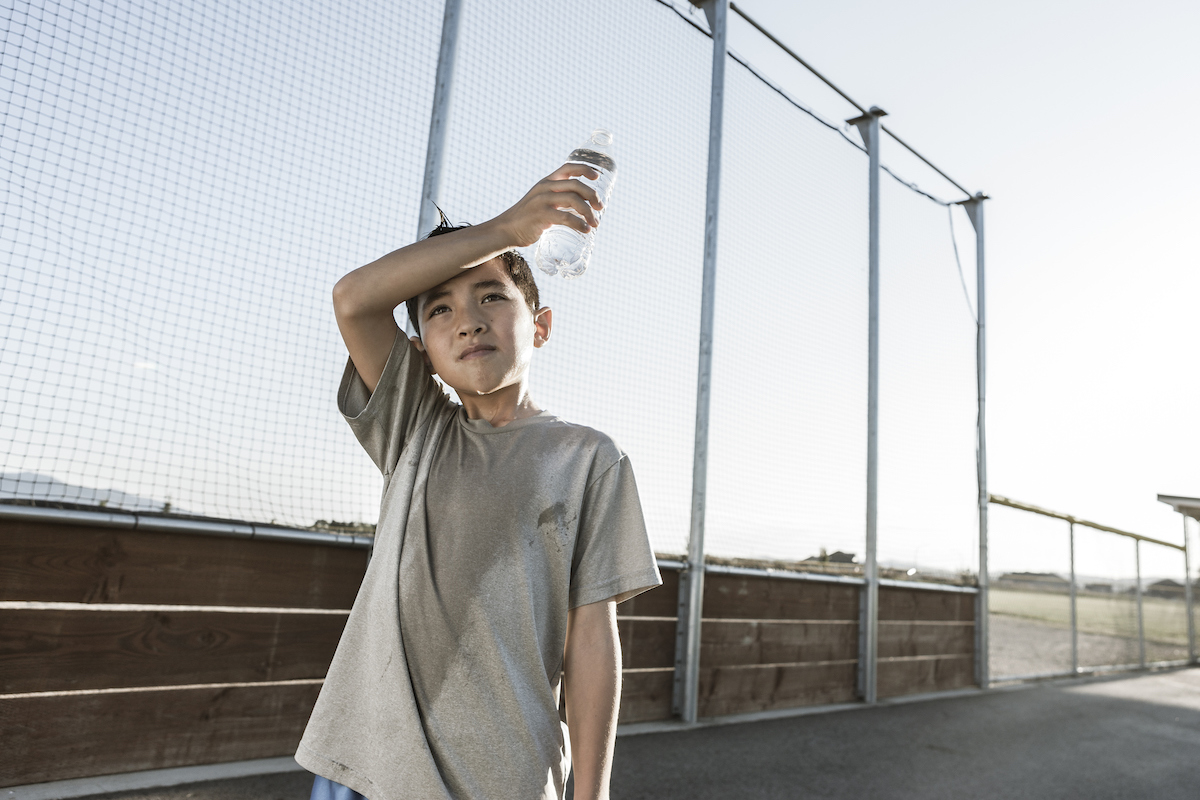 As the Southland region broils in a summer heatwave, the coronavirus pandemic has created additional concern for young athletes emerging from stay-at-home orders. Kids of all ages, cooped-up for months are now hoping to return to school sports and start exercising again. But unfortunately, triple-digit temperatures combined with vigorous exercise is a recipe for disaster. Most people don’t realize that heatstroke is the number one leading cause of preventable death and are unaware of the telltale signs of the life-threatening condition.

The tragic news of a 17-year-old student and soccer star from Palisades Charter High School who died at a park in Chino Hills has sent shockwaves through the community. According to news reports, Shane Thomas, an All-City soccer player died during an outside training session with his team on Saturday, August 15, when temperatures hit 111 degrees. While investigators believe his death was heat-related they are waiting on autopsy results to confirm why such a promising life was cut short.

All too often I’ve seen coaches and school sports programs skip crucial safety measures that put student-athletes at risk. Ramping up intensity and duration too quickly can lead to heat-related illness. Holding practices during the hottest daytime hours is a big mistake. Failing to monitor hydration is a critical misstep. Athletes need to consume about eight ounces of fluid every 15 to 20 minutes while working out in the heat.

Dehydration combined with exertional heat illness caused the heartbreaking death of a 15-year-old football player who collapsed during pre-season practice four years ago at Encinal High School in Alameda. Coaches failed to provide opportunities to rest and drink water while the player engaged in football drills. The school district also failed to have proper emergency response policies in place, including failing to have AED machines on campus.  The boy’s family sued the school district for wrongful death and our firm took the case to trial. In January 2020, a jury leveled an $8 million verdict against the district for negligence due to its failure to maintain the safety and well-being of students participating in the school’s football program. If the school district’s athletic department and coaches recognized the signs of heat exhaustion and took immediate action then this student’s death could have been prevented. Also, if the school had access to AED machines and trained personnel on how to use them, the coaches could have taken additional steps to try to save the boy.

Heat exhaustion can quickly escalate into heatstroke which if left untreated, can lead to organ failure as the body’s core temperature soars above 103 degrees. By that point, the athlete is turning red, exhibiting a rapid and strong pulse and may experience dizziness, nausea, confusion, and a loss of consciousness. It’s critical to recognize these signs below and react quickly.

According to the Mayo Clinic, the best way to treat heat exhaustion is by resting in a cool place. Get the overheated person into an air-conditioned building, sit in front of a fan, take a cold shower or find a shady spot. Use ice packs and cooling blankets if available. Make sure they drink cool fluids such as water or sports drinks and loosen clothing. If they don’t begin to feel better within an hour seek immediate medical attention.

As we endure this wave of unusually hot weather, anyone who exerts themselves outside is at risk of heat exhaustion. But when amateur sports leagues and coaches put the mantra of “win at all costs” ahead of “safety first” young people pay a terrible price.

Shawn McCann is a trial lawyer and partner at the Los Angeles based law firm BD&J. He specializes in wrongful death and catastrophic injury cases.