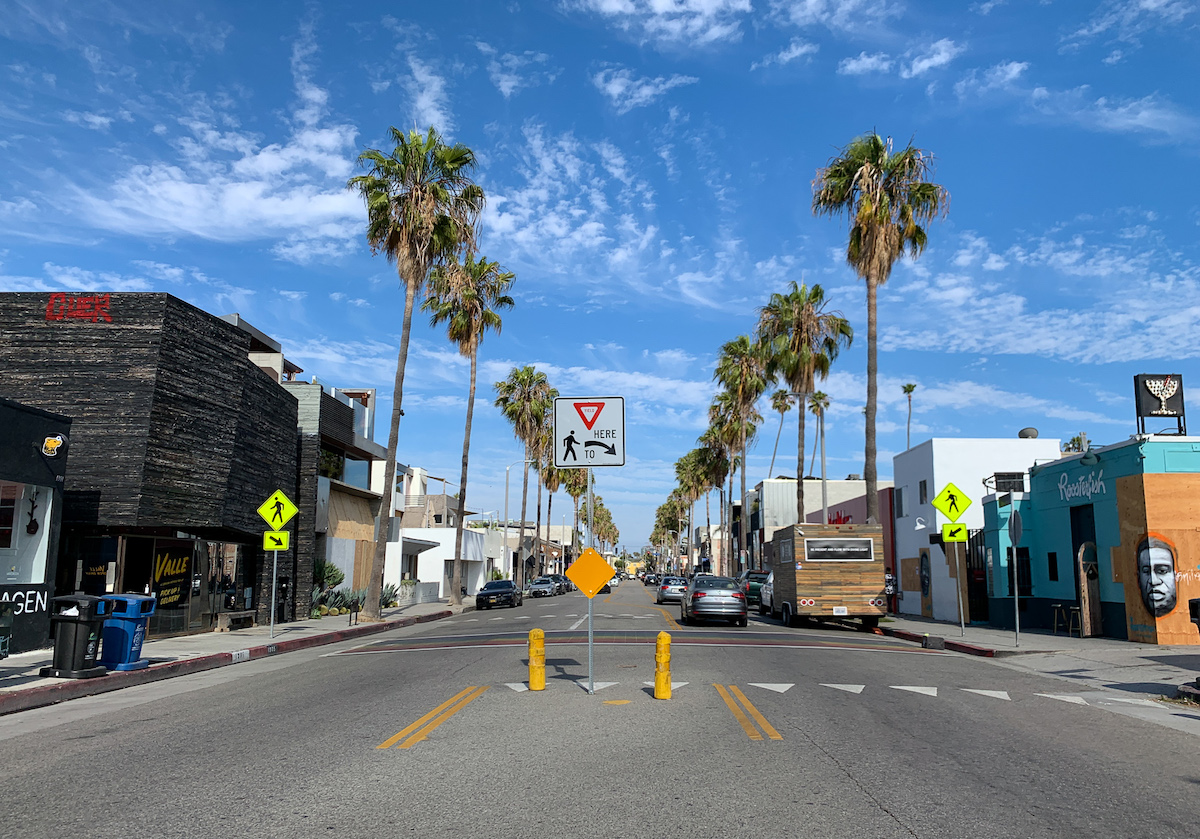 As businesses adapt to the novel coronavirus (COVID-19) pandemic, a program could allow for commercial street closures on weekends on streets such as Abbot Kinney Boulevard. Learn more in the second part of Angela McGregor’s Venice Neighborhood Council June 16 meeting recap.

Two subsequent motions both dealt with the Covid-19 pandemic response’s impact on local businesses, both retail and restaurant. Motion 16B would have the VNC send a letter to City government expressing support for the City’s proposed Al Fresco Program wherein restaurants and retail could be allowed to use parking spaces for outdoor dining. Public commenters were wary of the motion, concerned with the loss of already scarce parking spaces. The motion’s author, Jim Murez, stated that the VNC’s approval for the temporary program would merely give the city permission to try it for 3 months, after which the VNC would have opportunity to renew it. Board commentary focused on the devastating impacts of the recent quarantine, and the need for the Board to do everything it can to support local businesses. The motion passed in a 9-7-2 vote.

The next motion recommended the VNC send a letter to Department of Public Works, Street Services division, recommending they expand the “Slow Streets” program to allow for commercial street closures on weekends, with approval of 60 percent of occupants of the affected streets — specifically, Abbot Kinney between Venice & Brooks, Rose between 7th Avenue and Main Street and Windward Circle. Public commentary focused on the possibility that this measure could extend the unpopular “Road Diets” the city has been implementing to discourage automobile usage in and around Venice, potentially permanently, according to the Slow Streets FAQ. Jim Murez, the motion’s author, stated the motion was intended to be temporary, and would merely allow those who live and own businesses on the mixed-use streets listed to weigh in on whether or not they wanted to implement the measure, and how. Additional Board commentary questioned whether closing these streets would, in fact benefit businesses given the lack of accessibility and parking that would ensue. The motion ultimately failed, 7-9-2.

In 2009, the VNC drafted a letter to the City requesting active enforcement of the City’s ordinance forbidding off-leash dogs in Oakwood Park. Eleven years later, with no such enforcement occurring, the VNC approved a nearly identical motion requesting the LAPD actively enforce that ordinance. Public commentary was universally in favor of the motion, citing numerous instances of residents, including children and leashed dogs, being terrorized by dog fights in the park. Board commentary was equally in favor. It was noted that there is a legal, off-leash dog park at Westminster which is currently being renovated under the auspices of the VNC’s ad-hoc Venice Dog Park committee, and that the LAPD appears to have no compunctions about enforcing leash laws on and around the Venice Boardwalk. The motion passed unanimously.

Also passed unanimously was a motion brought by the Parking and Transportation Committee calling for the prioritization of Venice Blvd. west of Lincoln for reconstruction and repaving — something that has not been done since 1992.

The meeting ended at about 11pm. The next meeting of the VNC Board of Officers will be held online on Tuesday, July 21st at 7pm. 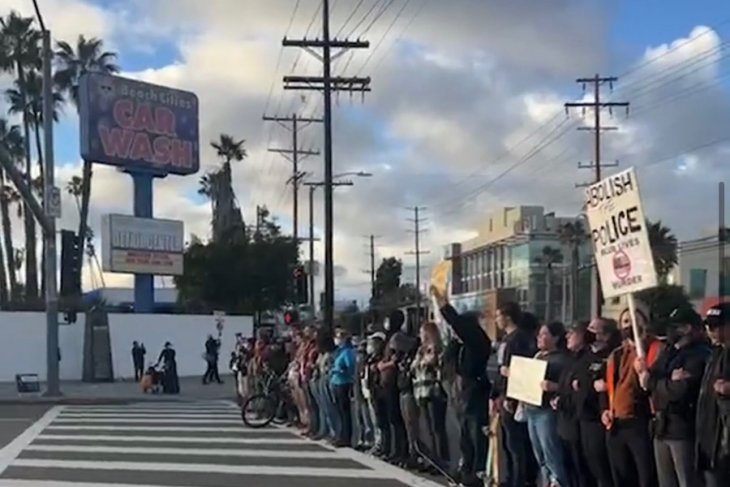