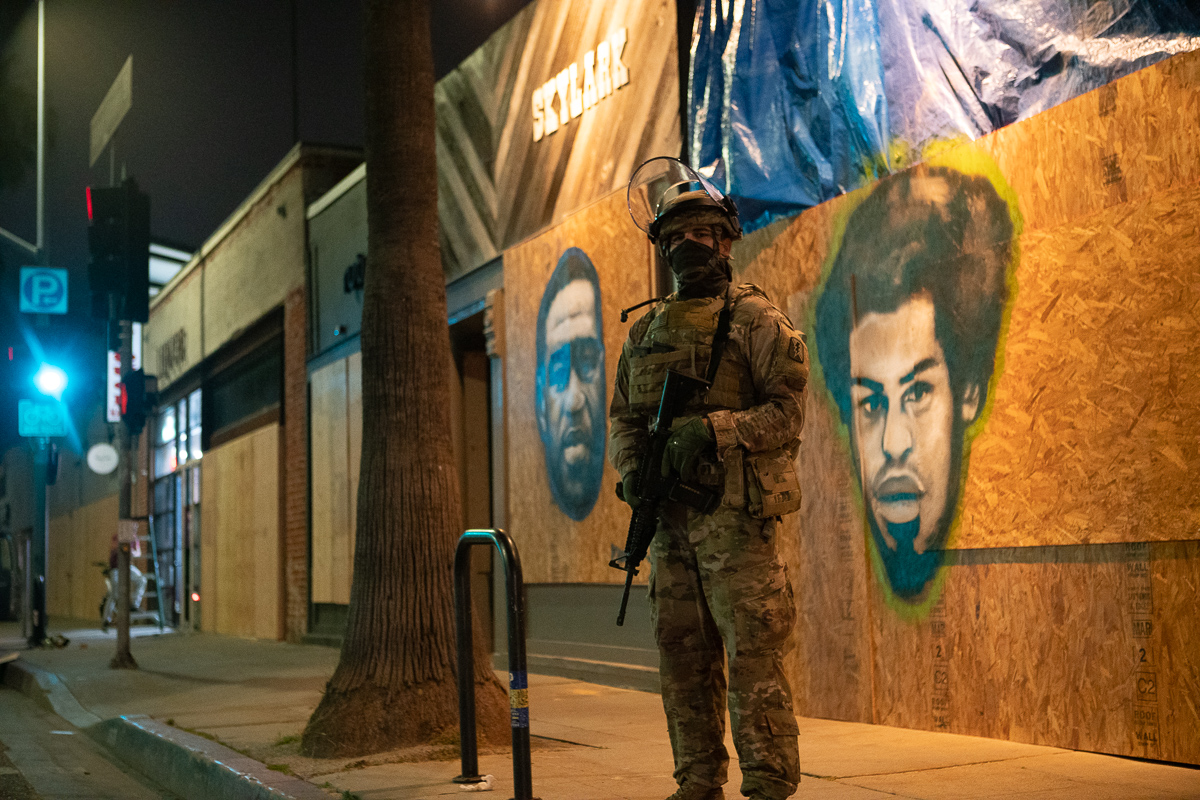 The National Guard is currently stationed in Venice to prevent potential looting. Meanwhile, a protest organizer has called out a local Venice Twitter account for threatening to take legal action over a planned demonstration.

Venice businesses damaged by looters include Headstock Smoke Shop on Lincoln, CVS on Rose and Main, MedMen on both Abbot Kinney and Lincoln Boulevard and the Adidas store on Abbot Kinney.

On Monday, many Venice business owners were seen boarding up their shops to protect their businesses from potential looters.

Monday evening, the National Guard arrived on Abbot Kinney Boulevard ahead of a potential planned protest against the police killing of George Floyd and police violence scheduled for 8 a.m. at the intersection of Abbot Kinney and Venice boulevards.

It is unclear, however, if the protest will take place. The organizer on Instagram said they intended to reschedule the protest due to receiving death threats and being the subject of racial slurs, although people on social media indicated that they will still show up.

Yo! Venice has reached out to the organizer asking for more information regarding the threats. They could not immediately be reached.

Venice 311, when reached for comment, shared the following screenshot of a conversation with the event organizer.

“Someone asked me about the event, and I simply stated that it had no permit. Says nothing about being peaceful. No stated purpose…and encouraged participants to prepare for rubber bullets and tear gas. Overall doesn’t sound peaceful or organized with a purpose. She got aggressive with me, and I replied to her via the DM I sent you,” Venice 311 told Yo! Venice. “I did not threaten legal action – just stated the fact that with no permit it can legally be shut down. I don’t think she has the experience to understand that you need a permit.”